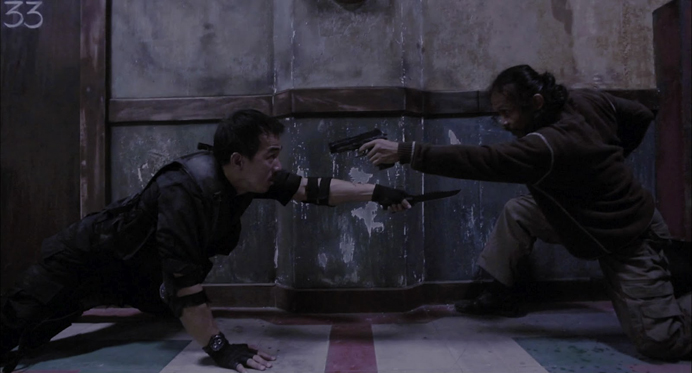 The king, absolute top of the mountain KING of overlooked action movies is John Hyams, who revived the long dead Universal Soldier series with 2009’s near-perfect Universal Soldier: Regeneration. It’s intense, sad, exciting, daring, and impeccably shot. It was critically dismissed, damned with the faint praise of being ‘good for an action movie’, which is disingenuous as hell since it’s easily one of the smartest and most powerful examinations of violence in the past ten years. Last year Hyams made a sequel to Reageneration called Universal Soldier: Day of Reckoning, which is everything Regeneration was and more. This was too good to ignore even for audiences who normally despise action—even The New Yorker gave it a positive review.

Hyams isn’t the only one crushing it, though. The fact is, action cinema is in a great place right now. You mention The Raid, which was really good, but did you see Dredd, which had nearly the same premise except played with the dark humor of a Verhoeven sci-fi? That was terrific. Those films both have an unflinching approach to violence, which is becoming a hallmark of millennial action.

Rambo (2008) is one of the best hyper-violent films to come along in some time. Stallone famously came back with The Expendables, but this film is really his late-career masterwork. The first Rambo film, First Blood, was unique in the way it treated its hero. He was practically a werewolf trying desperately to not transform. In this, the fourth of the series, he’s relocated to the wilds of Burma and has become a hulking silent God of War. It’s striking and powerful and a bit disturbing. Terrific confrontational filmmaking.

The South Koreans really went to work on violent action, starting with ’03’s Oldboy. The best of these is probably The Chaser, which I was fortunate enough to see at its Cannes premiere. Exhausting filmmaking. They’ve also got The Good The Bad and the Weird, which is stunningly choreographed Indiana Jones-esque fun. That’s one of my favorites—it’s grand and silly filmmaking.

Let’s see, what else we got? Everyone made fun of Battleship, but it was one of the most fun and progressive films of last year. If you give it a chance, you’ll find it compares very well to those great oversized ’90s sci-fi joints like Independence Day.

Running Scared, that Paul Walker movie from a few years ago, was terrific over-the-top filmmaking. And you can’t beat the Undisputed trilogy! The first, from ’02, is buoyed by great performances from Ving Rhames and Wesley Snipes constantly at each others throats. The second, from ’06, has a great turn by genre favorite Michael Jai White and introduced the world to Scott Adkins, who’s a name worth knowing. The Undisputed series has the brilliant conceit of turning the villain of each film into the hero of the next, so Adkins leads the third film and he’s more than up to the task.

That ought cover you for the time being. I had to stop myself before I wrote a 1000 page manifesto. Enjoy!