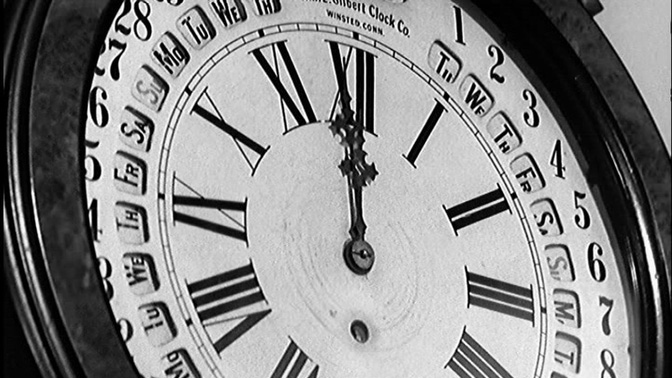 I live by a couple of rules in life: the early bird catches the worm, treat others as you would like to be treated, once you go black you never go back, and always finish the movie you started no matter how goddamn horrible it is.

Don’t get me wrong—I too feel human emotions. I’m fully aware of just how frustrating it is to sit through a crappy movie. And believe you me, I have seen some real stinkers. There are some movies that have made me want to go full on ‘Alien’ and find some way to burst out of the director’s stomach in the middle of the night just to tell them how much I hated their movie. Yet, I have stuck by my rule because sometimes, just sometimes, that movie that I have spent two hours hating will suddenly turn around in the last five minutes and have such a perfect ending that it changes my entire perspective on it, and makes me realize that what I felt was not hate, but delayed love.

It has become absolutely worth it for me to sit through twenty bad movies if I end up finding one surprise great one in there somewhere. For the most part, this isn’t a matter of me waiting for a ‘twist ending’ or what have you. What I’m looking for is an ending that wraps up the thoughts of the movie perfectly, turning something that I initially thought was gibberish into something cohesive and clear. Or sometimes that doesn’t even happen, and a movie has angered me so much that I can’t stop thinking about it, which eventually makes me like it because I’ve got to give props to anything that can elicit such a strong emotional response.

So without further ado—and I promise, no detailed spoilers—I would like to share with you my top five instances of movies that have truly won me over (or, at least, given me Stockholm syndrome.) 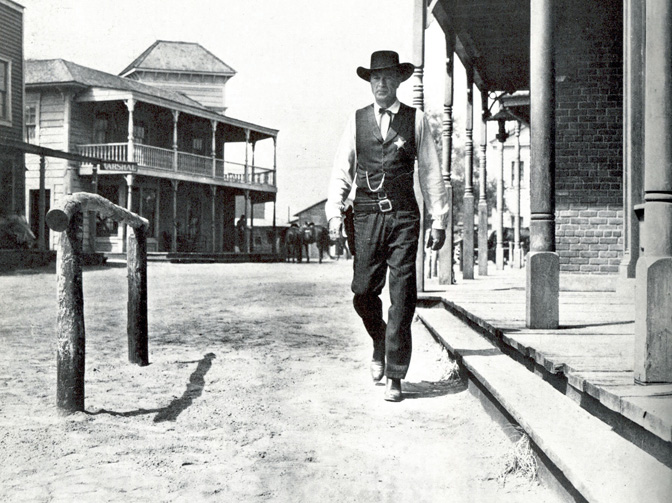 Popular and significant for its parallels to current events of the times, High Noon is one of those classics that shames you into feeling un-American if you don’t take the time to watch it. I’m big on character development and character-driven plots, so reading up about how audiences in the 50’s weren’t thrilled by the dialogue-to-action ratio fueled my expectations. I figured I knew what I was getting into with this one—black and white 50’s era movie, slower paced, slightly-hokey Hollywood acting, morally righteous marshal standing up to a gang of brutes, a couple of gun fights. Got it.

However, what I didn’t realize was that this movie damn near plays out in real time. Insignificant conversations, meandering walking shots, too-long close ups, shots of clocks ticking down—the pace really drags. Suddenly those 85 minutes were feeling more like 85 hours. Though perhaps worse than the pace is the repetition of the goddamn theme song anytime they feel they need music. The same one song. Over. And. Over. “Do not forsake me oh my daarrliinng…” And I’m even into that sort of folky Gene Autry stuff but man, oh man, after the 10th time just fucking forsake me already.

About an hour into this movie I had definitely chalked it up to a throwaway, either because I’m too young and impatient or it’s just too old and outdated. But of course I kept watching and watching and watching, just waiting for it to pick up somewhere, and then—the ending. This is one of those movies where the last five minutes are just so badass that it makes up for everything else. I won’t go into detail, but I’ll just say that the look of disgust he has is perfection. Perfect ending. Totally brutal.

Truthfully, what else could I have expected from a movie with five directors? I’m not even sure where to start with this movie, because the movie itself doesn’t know either, and basically makes itself up as it goes on. James Bond is called out of retirement by way of having his house blown up, but really there are multiple James Bonds, and the real James Bond is actually Peter Sellers, who is actually a guy named Evelyn, and he needs to take down Orson Welles, but Woody Allen, who is meant to be James Bond’s nephew, is secretly the bad guy. Cue revolving Magic Fingers beds surrounded by mirrors and bubbles, a 60’s technicolor spaceship, over-the-top musical numbers, and a strangely high-caliber collection of cameos from every 60’s big name. This movie has it all! I mean, there’s even an Andy Kaufman-esque scene where a third James Bond practices body-slamming sexy women in order to avoid sleeping with them. All in all, terrible acting, blatant misogyny, nonsensical plot, and worst of all, in its two and a half hours, I only laughed twice (thanks entirely to Woody Allen).

But all that said, there is something strangely enthralling about this movie. It’s a train wreck you can’t look away from. From the wonderfully cliche mod-psychedelic paradises to even some great classic cinema nods (I particularly loved the Weimar-esque mansion) the sets in this movie are hilariously great. The completely and utterly wasted star power in this movie is kind of perfect too. Anyhow, this movie has nothing to do with James Bond in all honesty, but if you want to see an outrageous ouroboros-esque 60’s parody of the 60’s doing a parody of the 60’s, this actually loops so far around that it’s kind of great. 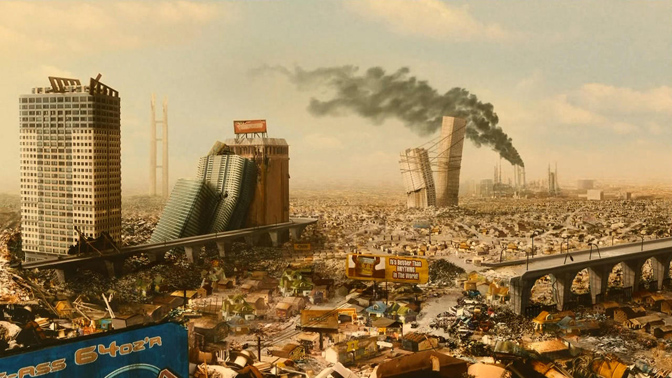 I’m fully aware that I might be alone on this one, but I absolutely hated this movie when I first watched it. I went into the movie knowing full well that it was about a guy who wakes up in a dystopian moron future, so right off the bat I’m not too sure why my expectations were so high. I just remember the further into the movie I got, the more it just depressed the hell out of me. I seriously sat through this entire movie completely expressionless.

Nothing made me laugh because it all seemed too plausible. On top of that, the production value was pretty terrible and somehow I didn’t get the sense that the movie was even in on its own joke. I was angry that this movie I expected to be a comedy had instead just made me angry and depressed so I completely wrote it off.

What actually saved this movie for me were chance repeated viewings on television. The more I kept catching parts of it here on there on Comedy Central, the funnier it was. From the Gatorade crops to the courtroom sketches, basically I learned how to stop worrying and love the ‘Ow My Balls’. And honestly, the more I see this movie coming true, the more it makes me laugh. I might have just been in a horrible mood when I first watched this, and maybe had I tried on a different day I never would have had the experience of hating it, but I still think this movie is possible to watch both ways (though certainly the comedy route is more rewarding). 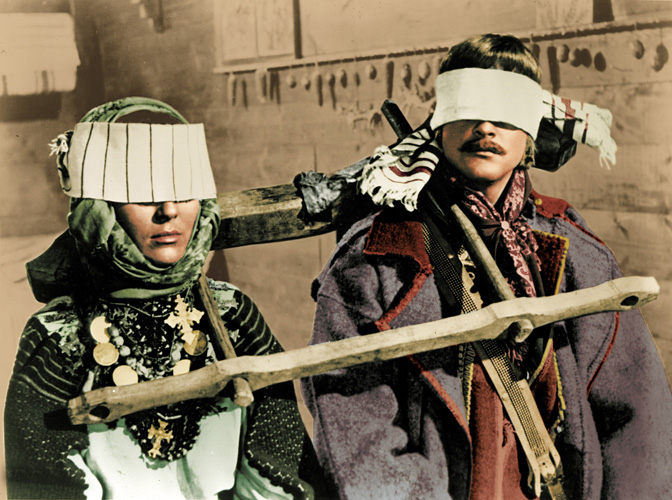 I don’t know if I ever would have seen this had I not been forced to watch it for a Russian film class I took in college. Highly subversive for its time, Shadows of Forgotten Ancestors concentrates on the life and loves of a young Hutsul man in traditional Ukraine. The entire movie flew in the face of Soviet Realism, from it’s flowing handheld camera work to its strong use of symbolism and folklore. Director Sergei Parajanov was even black listed for being so radically nonconformist.  My professor at the time was very enthusiastic about this movie, and so I was genuinely looking forward to our screening of it.

But it turns out that this movie was too subversive for my dumb sensibilities. By the end of this movie I felt actual anger. Boy, was I was angry. This movie had pissed me off on every level—first there was the camera work, these bizarre, slowly winding hand-held shots that reminded me of Monty Python’s Find The Fish sketch. Except nothing in this movie was bizarre or funny. In fact, the entire movie was deadly sincere if not straight up depressing. Then you had the traditional folk music, bizarre schizophrenic sounding horns blaring into your soul for one and a half hours, along with chanting in a key I cannot identify. The editing and the acting had the same effect on me—everybody moved strangely, the framing was strange, the shots were strange, the dialogue was minimal, scenes would start and stop at the drop of a hat. Everything about this movie screamed ‘purposely strange’ to me, and yet nothing was strange at all. It was a completely straightforward tale of people living and suffering off the land.

The funny thing is though, I hated this movie so much that months later I realized that I had started to like it. Creating such a bizarre and otherworldly setting for this human tale really added a dimension of depth to an otherwise simple story. The sense of magic comes not from obvious sources, but from the land and the traditions of a people who were forced to give up their ways. In this sense, Shadows of Forgotten Ancestors is an amazing tribute to the beauty and struggles of an eradicated way of life. Once I came to terms with this (and it literally took me months) I feel I can now whole-heartedly recommend this movie. 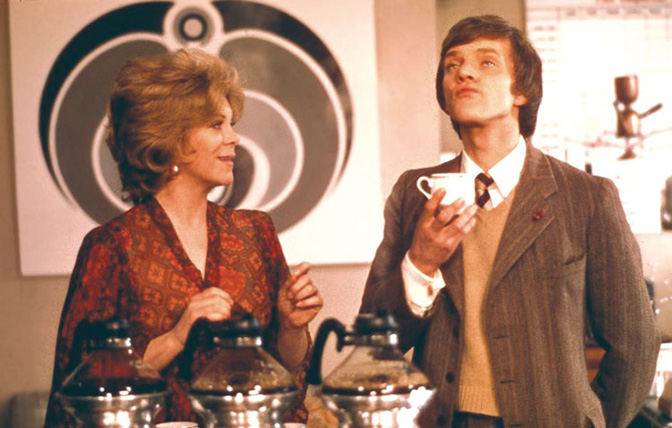 I love Lindsay Anderson, and I love Malcolm McDowell, and I love Alan Price, and I love movies from the 70s, so a three hour long allegory about capitalism and the British economy with all aforementioned gentlemen? Let’s do this.

O Lucky Man! is long, and it sure feels long. The first time I watched this I had recruited two of my roommates at the time to watch it with me. One fell asleep after about an hour in, and the other lasted a half hour longer and then abandoned the couch posthaste. Honestly, I too had a hard time staying awake after a while.

The movie follows Travis (McDowell) on a slightly surreal journey through England as a coffee salesman, interrupted only by Alan Price singing bitter and sarcastic songs about capitalism and humanity. The music is great, and McDowell is great, but the plot most definitely drags, and then eventually starts to dissolve all together. Without any prior knowledge of the British economic and cultural climate of the 1970’s, this movie will definitely seem mostly nonsensical. It’s strongly allegorical, and most of the plot and references are very much of its time. It’s hard not to lose patience in a movie that on paper comes across as an SNL ‘Stefon’ routine: (“This movie has it all—random oppressed Hispanic field workers, interracial stripper sex, hybrid human-animal experiments, rioting street people, and serene piano musical numbers.”)

But what makes O Lucky Man! my ultimate movie-I-coulda-hated-but-decided-I-didn’t is that again, like High Noon, the last five minutes are killer. The last five minutes of this movie are so goddamn good it redeems absolutely everything you just sat through. I won’t spoil it, but lets just say that that-which-I-had-spent-three-hours-scratching-my-head-over not only became instantly clear, but also improved my previous decidedly lacking experience tenfold. As the expression in Travis’ face slowly changes, so did mine, as I experienced O Lucky Man-irvana. Honestly, this movie is now one of my favorite films for this effect alone.

So be sure to sit through horribly boring and annoying movies, because you never know what might suddenly become amazing. Or what might be god-awful and have you fully regretting the precious hours of your life you wasted. But think about it this way—you’ll have a good story to tell either way.