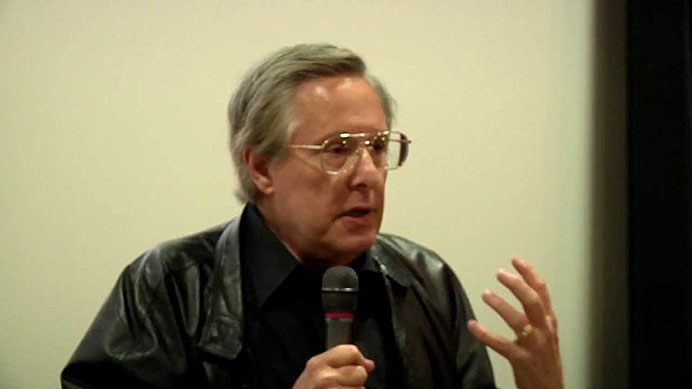 In the episode, Cody mentions his affinity for the medical examination scenes in The Exorcist. Friedkin has a story about that. To the best of my memory, it goes something like this:

The hospital scene was shot at NYU Medical Center, and the scene features actual doctors who worked there at the time, as opposed to actors. One of the people on staff who can be seen in the film is X-Ray technician Paul Bateson.

Bateson had an earring—something Friedkin took note of, as it was unusual for any man to have an earring in 1973. Well, Friedkin finished shooting the scenes, and forgot all about this man until a few years later, when he opened the newspaper to see that he had been arrested for killing and dismembering several gay men he picked up in New York S&M clubs. He was being held in prison awaiting trial, and Friedkin immediately arranged a meeting with him.

When they sat down, Bateson couldn’t be happier to see him.

“William! How are you? How’s the movie going?” He apparently had been unaware of The Exorcist’s success.

Friedkin cuts to the chase: “Paul, did you kill these men?”

Bateson responds: “Well… I only remember killing the first one.”

Bateson had been on drugs during the killings [It might have been PCP, I don’t remember exactly] and had no recollection of most of them. All told, he killed six men. He cooperated with police and eventually served 20 years.

The only reason he was caught is that he disposed of the bodies out on the water, using medical bags bearing the name “NYU Medical Center.”

So, that’s the story of why Cruising was made.