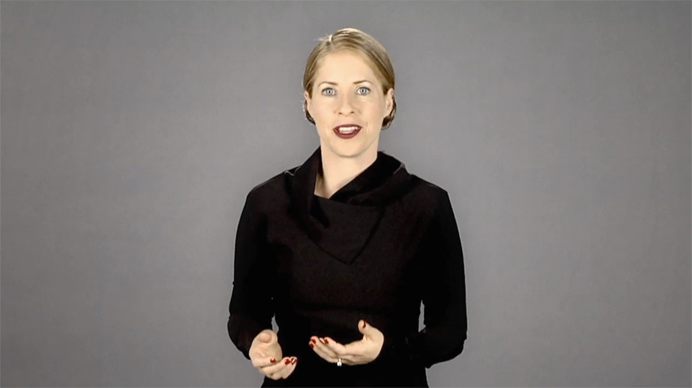 There’s a great scene in Dumb and Dumber where Jim Carrey has been waiting for Mary Samsonite at the bar for hours, and the black woman from The Young and the Restless (I know this because my mom watches it) comes and sits next to him.  When we cut back hours later, she’s in the middle of a long, boring story about her ex-boyfriend.  Being an idiot, Lloyd makes no attempt to hide his annoyance when asked, with chipper enthusiasm, “And do you know what he said next?” He responds: “Nooo, and I don’t caaare!”

Watching this movie is like sitting next to that woman.

The fact that I finished Connected is amazing.  I don’t usually waste time on Netflix with things that suck this bad—especially since it’s so easy to move on to the next piece of junk—but sometimes a movie is so blindingly bad that all you can do is sit there for ninety minutes, mouth agape, staring in wonderment at the utter catastrophe.

I love documentaries.  I’m a documentary junkie.  I don’t even like the delineation people make between documentaries and ‘real movies’.  A documentary is a form of narrative storytelling.  Even commentary-based thesis documentaries—which are essentially filmed essays—still must follow a linear structure.  A documentary is as much of a movie as any other movie.  And in many cases, much better.  The King of Kong is one of the most well told stories ever made, and it’s certainly more compelling and a lot funnier than 99.9% of all other movies.  The arbitrary separation between a documentary and a ‘real movie’ means nothing—it is in fact simply a marketing tool used to explain to audiences that ‘this piece doesn’t have a script and there are no actors’.  I personally don’t think anybody cares, and I long for a day when The King of Kong is presented next to Transformers 2 at your local AMC.

In the meantime, we have to suffer through shit like Connected.  The problem, or triumph, of documentaries (the commentary kind) lies in the thesis.  Your movie has to be about something.  March of the Penguins is about penguins—the goal is to teach people about penguins.  Fahrenheit 9/11 is about how President George W. Bush is a bad person.  And so on.  If you fail at having a thesis, your entire movie won’t work.  It’s like building the roof of a house and then just thinking you’re done.

Connected opens with a woman talking to the camera about how we are so dependent on our cell phones.  She tells a very relatable story about being at lunch with a friend and faking going to the bathroom in order to check her email.  Her presentation is a little stagey, but it works.  It’s kind of a useless and obvious topic, but it’s clear—this is a movie about how Facebook and Twitter and texting have taken over our lives, and we’re likely in store for candid interviews with likable laypeople telling stories about ferocious twittering, and seeing local news clips about people who tweeted themselves to death somehow.

To my shock and chagrin, what followed instead was literally 80 minutes of this woman narrating a boring and vapid story about her relationship with her father, who was some kind of intellectual heavyweight, or so she says.

She doesn’t even talk about the internet again until 23 minutes in, and we have to wait till just past the one hour mark to hear anything that relates back to her proposed thesis.  And then it’s hastily brushed through so as not to distract too long from her nonsensical, hazy meanderings.

Connected is a self-indulgent vanity project cobbled out of useless, pandering, left-wing agendas and uninteresting autobiographical narrative.  Tiffany Shlain, quite simply, has no ideas.  She keeps referring to “our problems’’, but instead of defining them, she just shows footage of a factory—as if we’re all supposed to understand that smoke coming from a factory is so unanimously evil that it needs to further explanation.

It’s the epitome of bankrupt intellectualism that uses sentimentality to mask its lack of relevance.  ‘We’re all connected by the internet so love your family.’ Right. Got it.  These are the kinds of sweeping generalizations asserted by Connected—a movie whose title is made ironic by the fact that it fails to connect any one of its shallow ideas.

For the most part, the notions cast are harmless (albeit confusing and wishy washy) but they are occasionally dangerous.  At one point, it is asserted that the subjugation of women is the result of left-brain dominance.  The movie proposes that males are better at left-brain thinking, and that when written communication became the major roadway of ideas, women were left behind because they weren’t smart enough.  This assertion is made with audacious casualness, and it even ignores the fact that left and right brain thinking is now considered by many scientists to be an obsolete understanding of how the brain works.  For all I know, the data (if you can call it that) put forth in the movie is true—maybe males do have a genetic predisposition to comprehending written information better than females.  (I personally am willing to admit that I don’t know so for a fact, rather than just make the claim as though it is a given.)  That kind of brash purporting of information is not only lazy and stupid, it’s irresponsible.

I would add that this leaves everything else in the movie suspect and open to further scrutiny, but there is barely anything else to even scrutinize.  If you don’t believe me, go watch it.  It really is just 80 minutes of a woman talking about the beauty (or harm—it’s never clear) of our connected world, the problems we face (nuclear bombs, of course—how often do we have to see that fucking footage?—and factories) and, of course, her dying father.  The movie doesn’t even really try to have a point, and is basically just a home movie that somebody spruced up with lots of fancy graphics.

Which leads me to my next point.  Michael Moore created the modern incarnation of the documentary.  With Roger & Me, he made the commentary-thesis documentary fun and interesting.  It was a huge departure from all previous docs, which were bland and clinical (except for the vérité stuff forged by the Maysles and others, yes, I know).  What Michael Moore did was captivate his audience by mixing the provocative (a woman killing a rabbit with a bat in her backyard) with the comical (a candid interview with Bob Eubanks).  The comedy heightened the drama and vice versa, and whether you agree with the thesis or process or whatever, there is no denying that it’s effective, expert filmmaking.

However, what Michael Moore also did was use stock and found footage, comically, to represent his ideas—and for that he should be strangled to death.  Nobody can forget the hilarious corporate welcome video in Bowling For Columbine, or the cartoon everybody wrongfully attributes to the South Park guys.  And everyone since then has tried to emulate both.

Michael Moore does it in small doses to punctuate things, and he does it well because he has an understanding of how he wants to convey information.  Every other two-bit documentarian since uses these methods to ‘enhance’ their film and mask their filmmaking ineptitude.  Every documentary ever now has to have tons of HILARIOUS stock footage from the 50’s or clips some kitschy educational film strip like Reefer Madness.  And the graphics, don’t even get me started on the graphics.  If you started a graphics house in 2002 you put a down payment on your mansion by ‘09.  It seems that every documentary that comes out is just a graphics jerk off fest, so much so that the ones that don’t even need it have them too.  Take American Teen, a decent vérité movie that follows the lives of four high school seniors in 2006.  Everything is going fine until, for no reason, it is taken over by ‘artsy’ computer animated cartoons, with the kids left as mere narrators. Why? Do you not believe in your own material that much?

Connected doesn’t take the cake, but it’s as guilty as any other.  It’s got graphics coming out of its ears.  And the funny thing is, for a movie that is literally just 80 minutes of narration with footage over it, you’d think it would be an easy thing to make.  However, I can’t imagine the hours spent on finding stock footage.  I can just see the delight on the intern’s face when he found the perfect clip of a couple kissing—‘‘That’ll work just great when I say that bit about love, Billy! Good job! You get a coke!” (Said Tiffany, excitedly.)

Between the score, sound design, editing lab, and all those damn graphics, the movie must’ve cost a fortune.  Hell, they even got Peter Coyote to narrate the arbitrary sections where they start at the big bang and take you through the history of everything. (Because of the internet, we’re all connected now, so you know, history, and computers, and Nazis, etc.)

There are a lot of documentaries like Connected because there are a lot of shallow people that want to be filmmakers but don’t have any ideas.  Connected proves that making movies is easy.  It may cost a lot and take a ton of time, but you don’t have to even try to have an idea.  As long as you have the time, and can afford to pay people to cut out Einstein’s head and shadow it and make it look like it’s walking on a cartoon body, you’re all set.  Good job, dickhead.  It’ll even get on Netflix.