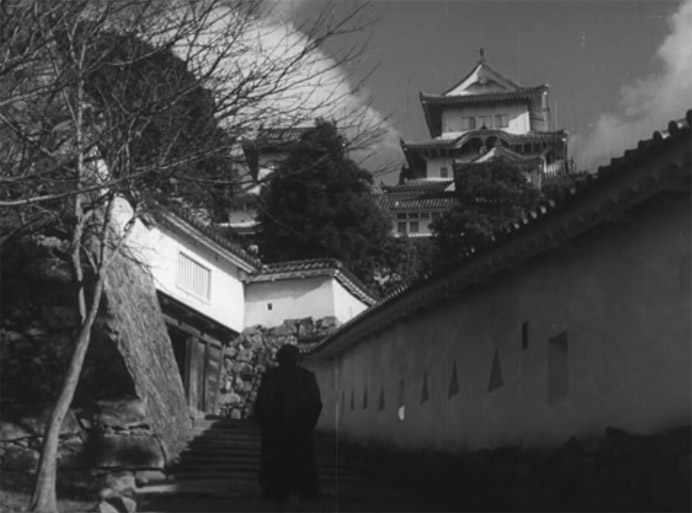 “Oh, my friends, young women
you are so fragrant in your youth
Just a simple girl am I
with a heart so full of truth
Let us love, let us make
our campus bright and free
Hope and joy we’re sure to find
in our blossoming youth”

History, and film, is often thought of as a arrow-straight march of progress from barbarism to civilization.  But as any cinephile can tell you, this is not the case. Pre-Code cinema is often shocking in its deceptions of violence and nudity. However, the same environment that proved fertile ground for subjects of that nature also provided cover for real and truly important themes to be developed and explored. One film that could be said to be in the spirit of that era is The Garden of Women.

The Garden of Women is a about a private women’s university (Shorin College) in Kyoto that operates more as a finishing school than a place of higher education. Taking place right after the direct occupation of most of Japan, the reactionary ruling cliques that drove Japan to war are still in power—despite showy presentations such as the Emperor rejecting divinity—and are bearing down upon and crushing the students.

There are rules for conduct in speech (imposing Tokyo dialect despite the Kansaiben students would be more familiar with) presentation (no sleeveless blouses or brightly colored hair ties) and thought (no association with Communism or even reading books about Dialectical Materialism). Even singing a song written by a former student thirty years ago is forbidden, as well as simply staying up late to study.

This decorum is enforced by strict public and private humiliations. Anything is permitted, from being picked on in class by teachers to having all mail and phone calls monitored. As if all this wasn’t enough to drive a young woman to the breaking point, it is impossible to leave the confines of the university. Specifically, all students are forbidden to work and must live in one of the seven dorms on campus—all of which are controlled by a woman the students refer to as The Shrew (Takamine Mieko playing Gojo Mayumi).

In the midst of this maelstrom, four young women are trying to live their lives:

Izushi Yoshie (Takamine Hideko) is from modest means, unlike the typical Shorin College student who comes from a background of wealth. These economic circumstances forced her to drop out of school. To get her family by, she had to work at a bank for three years. Her father recently established a kimono shop in Himeji, and wants her to marry a rich man rather than her boyfriend Shimoda Sankichi (Tamura Takahiro) who he has forbidden her from seeing.

Takioka Tomiko (Keiko Kishi) is a sort of sports star at the school, who is initially shamed by Gojo for wearing a brightly colored hair tie. While she has some interest in changing the order the students live under, she has no further political ambitions beyond that, and even feels that these changes could go further then she is comfortable with.

Hayashino Akiko (Kuga Yoshiko) is from a bourgeois background and has a father who provides for the school financially. She is therefore able have more leeway in her personal behavior then the other students. She makes friends with the younger students and attempts to guide them in changing conditions at the school.

Hattori Fumie (Yamamoto Kazuko) desperately wants to change how the campus is run and has the knowhow to work towards this goal, but not the confidence. Her friendship with Akiko, whom she initially sees as a vacationer with a seaside home, a zaibatsu daughter playing a game, inspires her to speak out and organize. 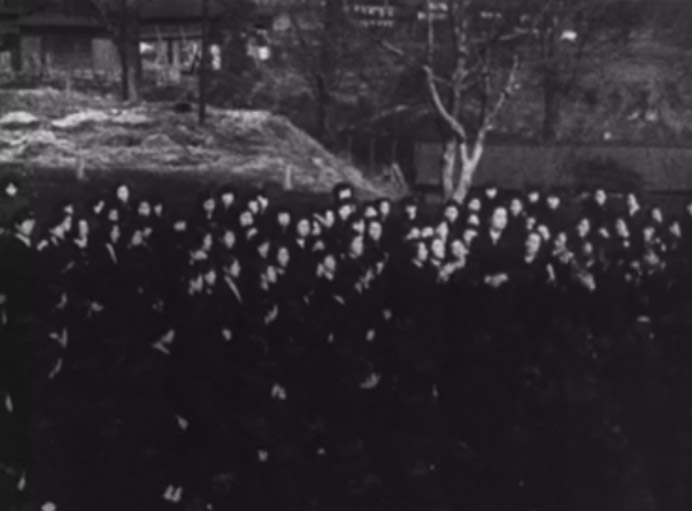 The main questions brought up by the film and the characters within it are: How far is too far? What, if any, changes should be made in this situation? And, if so, how should they be accomplished?

For these reasons, The Garden of Women fits in with the ethos of Pre-Code cinema. It explores a complex political matter without pulling punches. There is no interference from external censorship to dilute the message coming across. What is most conspicuous about this film in relation to other social problem films though is the focus on women and the problems of women—and even more unique and striking is how this focus isn’t tempered in the slightest by unnecessary intrusions of sexuality or nudity.

This film is but one of a number of comparable films from various countries which address similar issues, but with few other filmmakers daring to address the basically forbidden, The Garden Of Women is an underseen standout. As far as I can tell, it’s only on Hulu streaming as an unreleased Criterion film. Hopefully when Criterion moves to the new streaming service FilmStruck, it’ll still be available.