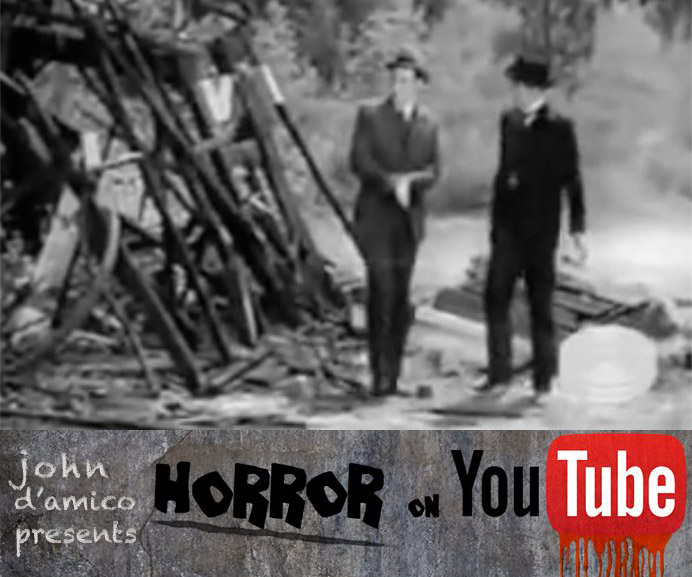 One Step Beyond was the Unsolved Mysteries of the early ‘60s. It was one of many anthology horror shows of the era, distinguished chiefly by a focus almost entirely on “real life” supernatural events like “verified” ghost encounters and premonitions of disaster. Subjects ranged from Abe Lincoln’s dreams about his assassination, to a particularly evocative story about a town that rained stones. In one memorable episode, host John Newland swallowed psychedelic mushrooms and recorded his trip on camera.

In general, the show rarely managed the heights of its contemporaries The Twilight Zone, Alfred Hitchcock Presents, or The Outer Limits—but, every now and again it would hit upon a sufficiently creepy premise and play it to its limits.

The unassumingly procedural approach really pays off in spades if it has enough story-weight. You buy into things, get lost in their rhythms. The Dark Part of the House and The Clown, for example, are lovely and elegant little chillers about grief. But it’s Halloween time, so let’s tune into The Voice, the episode that’s is probably the most unsettling of the lot. It’s about a trial at the turn of the century. Some villagers torched a barn to kill a demon. Surely they’re just crazy, right? Right?