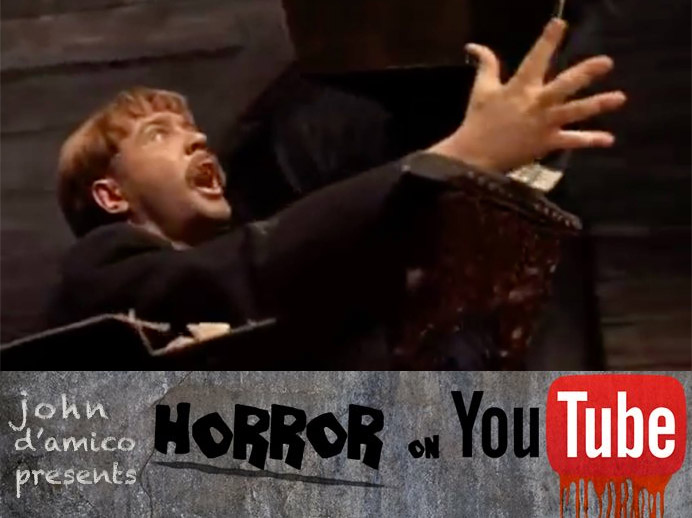 A lot of the things I’ve been posting are unique, but this one is certified one-of a-kind. Viy is, as far as anyone who’s keeping track knows, the only Soviet horror movie. The State frowned on a genre as far removed as possible from their celebrated social realist cinema, and this one seems to have snuck under the wire by virtue of its pedigree as a Nikolai Gogol adaptation.

We follow a young priest who must spend three nights sitting vigil at the wake of a witch. Each night he draws a chalk circle on the floor that she cannot enter, and each night she runs riot on the rest of the church. It’s an odd duck, a quiet gothic classicism that gets bolder and odder as the film moves along, almost like watching the filmmakers settle into the genre. It’s uneven but there are some remarkable sequences, and the end is a knockout of off-kilter haunted house zaniness. This has been remade a few times, but nothing yet has captured the quirky joy of the original.