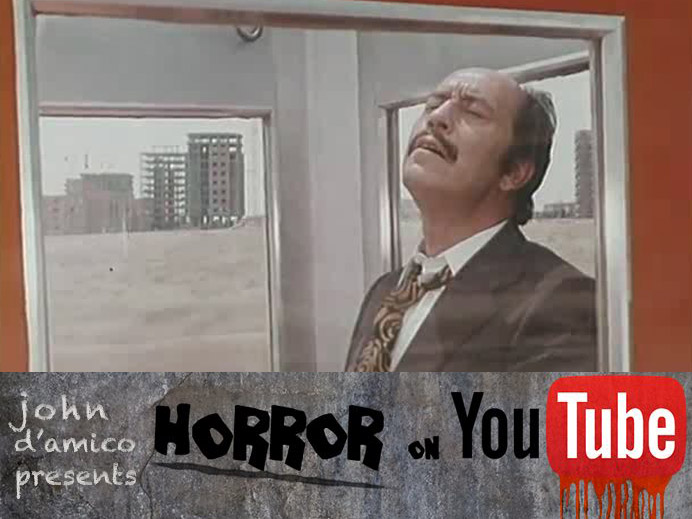 Horror is never very far from comedy, and this Spanish short about a man stuck in a telephone box plays expertly to both. It perfectly evokes the embarrassment, frustration, confusion, and eventual terror that comes with being trapped. It splits the difference between being a hyper-focused, one-reel silent comedy, and one of those crazy sprawlingly illogical 1950s comic books.

There’s a lively substrata of one-off short horror films made for international television, spanning all different styles and cultural anxieties, surely waiting to be collated and put into a guidebook. This one is so fully Spanish, from the sun-bleached landscape to the wounded machismo. As well as an effective and eerie horror film, it’s a great time capsule of a unique time and place that doesn’t exist anymore. Be sure to watch to the end!