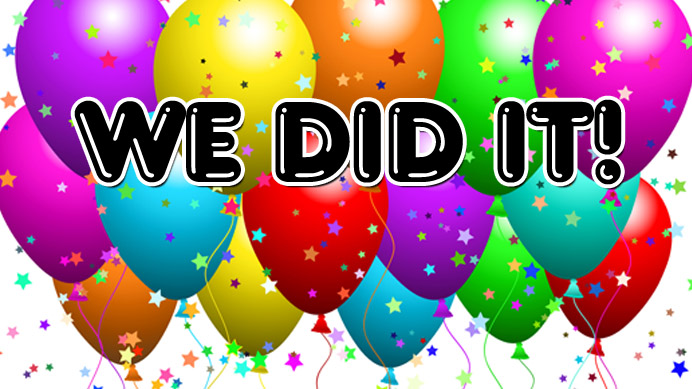 Tomorrow, January 7th, marks the first anniversary of Smug Film! Thank you, everyone, who has visited our site in the last 365 days or so. I know I can speak for everyone here when I say that we are honored whenever anyone reads something on our site. In this Facebook, Twitter, Instagram, BuzzFeed world, sites like Smug Film—ones that produce actual, substantial content—seem to be disappearing. And so, when you choose to read one of our posts, you are voting, with your eyes and your brain and your free time, for the existence of full meals on the internet. Don’t get me wrong, bite-size sweets are fine in moderation, but man have they become rampant in the last couple years. It seems as though we’re stuck in this weird time period where the less attention a thing takes, the more popular it is, and the more time people spend with it. Basically, it’s like everyone’s playing Candy Crush non-stop, whether they’re even playing the actual game or not, ya feel me? But I digress.

I’m not here to rant and rave about the state of the internet. That’s not what this post, or this site, is for. Our purpose here at Smug Film, as you well know by now, is to provide a soapbox for writers with new and interesting thoughts on cinema. The thought behind this being that there is strength in numbers—had each of our critics, including myself, simply started their own individual movie blog a year ago, not a one would’ve pulled anywhere near the amount of visitors that we pull together under one roof. Suffice to say, the ‘experiment’ has worked, and we are quite motivated to continue onward just as we have before, bringing unique and thought-provoking opinions on film to you fine folks every Monday, Wednesday, and Friday.

But we also have plans to expand our menu.

Within the next few weeks, we will be launching the Smug Film podcast! Each episode will feature John D’Amico, Jenna Ipcar, and myself bickering about movies and cracking each other up. And occasionally, we’ll have on Greg DeLiso, Alex Hiatt, and the rest of our worldwide crew of Smug Film critics, via Skype. We’ll also have special guests stopping by from time to time—filmmakers and actors that we dig and know you’ll dig too.

The vibe of the show will be pretty laid back and fun, and if you like our site and like us, you’ll definitely enjoy it. It’ll basically be like hanging out with us for an hour. I don’t want to give the impression that this will be a lazy effort though—we’ve been planning this podcast for quite some time now, making sure the production values will be dope and figuring out fun segments that will make it as enjoyable-yet-nutrient-dense as our site.

This year, we also hope to branch into doing video essays and interviews for YouTube. But like podcasting, this isn’t something we want to rush into. We want to make sure it looks good, the vibe is right, and the content is solid. Anything less, and it’s just not worth it, so, this might take a while to get going. Maybe it’ll be a 2015 thing, who knows. But it’s next on our checklist, for sure.

Most of all though, we want to interact more with you, our readers. We know you’re out there—we see the views, and we see the stats showing us we’ve got certain regulars that read every Monday, Wednesday, and Friday, and others that prefer to binge through a big stack of our posts on the weekends. We know y’all are out there, but we haven’t exactly been feeling your presence as much as we’d like to. It’s like we’re on stage and the houselights are off and we know that the theater is packed, but we’re staring into blackness. It’s a bit lonely.

And that’s nothing against you all at all—if anything, it’s probably our fault. We’re critics, and as such, people might think we’re introverts who just wanna toss up content and then scurry back into our hidey-holes. But that’s not the case. Whenever we write pieces for this site, it is our hope that they’ll spark discussion. We love to hear what you think, positive or negative, because we love talking about movies—if you love talking about movies too, we wanna talk to you, whether you agree with us or not (so long as you’re respectful, of course). So if you ever have something to say, please, do not hesitate to comment on an article, hit us up on Twitter or Facebook, or drop an email our way. Because the stronger the bond is that we have with you all, the stronger the site is, and the stronger we are. Without you, we are a tree falling in the woods that does not make a sound. So let’s build that writer/reader relationship.

All the best to you and yours in 2014, and happy movie watching!