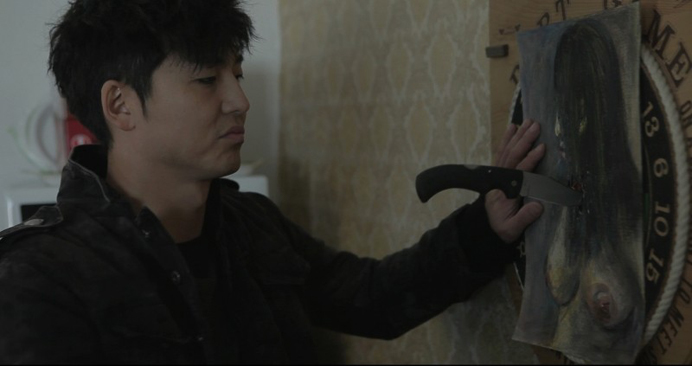 Kim Ki-duk is one of my absolute favorite filmmakers. And I only even like about half his movies. Some of them are just awful. But the ones I like, I really like. And a few of them, I fucking love.

A lot of people use the word ‘love’ lightly when it comes to movies. These people have most likely never truly been in love with a movie. When you truly love a movie, it becomes a part of your body. The movie finishes, and you look down, and suddenly you have another arm or something. And you’re like, ‘Well, that’s there now.’ You have no impulse to amputate it. It’s truly a part of you, just like every other part that makes up your whole. To rid yourself of it would be to rid yourself of yourself.

That’s how I feel about the movies Spring, Summer, Fall, Winter, and Spring and 3-Iron. Do you want to know me? Do you want to really, truly know me? Watch those two. They’re integral pieces to the great cosmic puzzle that is Cody Clarke. And maybe to your puzzle too—you just don’t know it yet.

I’m also a fan of Breath, The Bow, Time, and Bad Guy, but you probably won’t learn much about me by watching them. They’re very good though, and should definitely be watched. As should Pieta.

Pieta is a very good movie. But unlike those, it’s not fully a ‘Kim Ki-duk movie’, just like you wouldn’t call The Untouchables a ‘Brian DePalma movie.’ It is, technically, but it’s not completely indicative of his soul—although his soul is certainly somewhat present in the film, sprinkled smartly here and there.

With Pieta, Kim Ki-Duk goes outside his niche comfort zone and into more accessible territory. This is him playing around in a popular sub-genre with a built-in, global audience—Korean revenge—and doing so without selling his soul, or dumbing things down.

Korean revenge became a sub-genre in and of itself largely because of one filmmaker—Chan-wook Park. His ‘Vengeance Trilogy’ of Sympathy For Mr. Vengeance, Oldboy, and Lady Vengeance is known all over the world, and is probably still as much a rite of passage for teenaged cult film geeks today as it was when I was of that age. (Wanna feel old instantly? Oldboy came out ten fucking years ago.)

In the wake of those films’ success—especially Oldboy—countless other Korean filmmakers tried their hand at that sort of thing, and the country exported films of that kind like crazy. Most are pretty forgettable, and have very little ‘shelf life’ so to speak, but they certainly scratch an itch, if that’s what you’re itching for at the moment.

Pieta, on the other hand, is solid. It even won the fucking Golden Lion at the Venice International Film Festival in 2012, making it the first Korean film ever to win top prize at one of the major international film festivals (Venice, Cannes, Berlin). That’s huge. If you ask me, he should’ve gotten it for any of the other movies of his I listed earlier—particularly my two favorites—but whatever. I’m just glad he got it.

The man deserves accolade. It’s a fucking travesty he’s not better known. And I’m not even talking ‘mainstream audiences’—I mean folks aware of foreign films. It baffles me how often I encounter people who have never even heard of him, or heard of him but never seen any of his stuff. He’s seriously one of the most important filmmakers working today.

I can think of no other filmmaker as skilled at making an audience feel the feelings the characters are going through. Watching a Kim Ki-duk movie is like going through a personal journey. You think back on the experience much like you’d think back on an unusual and very affecting dream you had one night that changed you in some way forever.

There are moments in Pieta that are so visceral and twisted that you can’t even believe what you’re seeing. Your jaw drops not out of shock per se, but out of amazement at how he is able to milk deeper emotion out of that shock. He’s like a guitarist turning his guitar so fucking loud that you start to hear notes within the notes. Your hold on reality erodes, and beautifully so. It’s like seeing a fractal for the first time.

And even without those huge moments, the film works, because the characters, although certainly cartoonish, are just plain three-dimensional. A lesser filmmaker would’ve but their focus solely on the shock moments as though they were all the film needed, but Kim Ki-duk knows better. He knows that shock means nothing without people that truly feel like people. If that crucial factor isn’t there, the actors are basically just action figures being flung around and banged into one another.

This isn’t a film you’ll be rewatching often—the vibe is a little too dour for that—but it is one you’ll think back on frequently. It’s not his best work, and probably shouldn’t be the first thing of his you see, but it’s probably the best example I can think of of a filmmaker deciding ‘hey, my kind of movies aren’t doing well, and people seem to really like a certain other type of movie, so maybe I should make a movie like that, but with my own vibe in there too’, and actually succeeding.

I’d be curious to see what other sub-genres Kim Ki-duk could bring his particular slant to. Maybe an action movie? He’s written a few of those for other directors, so it’d be cool to see what they’d be like solely in his hands. Maybe an all-out horror? I think he could have the chops for that. Who knows. Whatever he decides to do next, the world is his oyster after that crucial Golden Lion win. Congrats, Kim!