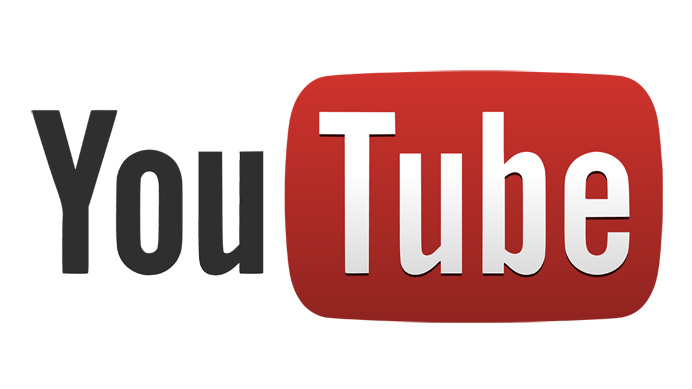 Thanks to the internet, and YouTube, we now have confirmation that 99.999% of all art completely sucks.  Before, we could only look to the establishment and their putrid output to see how bad everything is.  But with every person on earth making stuff, and throwing it up on there, we now have proof that almost nobody can make anything good.

In the olden days, it seemed like simply completing a movie was the accomplishment.  When you look at the early movies of every single notable director, they are all god awful, from Spielberg’s Amblin’ to Scorsese’s The Big Shave to Zemeckis’s A Field of Honor to Kubrick’s Fear and Desire. If any of those directors started out today with those efforts, they would go nowhere fast.

All those guys did was prove they could put a film together.  And just by doing that, they were given a chance to make a real movie for real money, and we watched them grow in front of us.  Mean Streets still sucks, but it’s that much better than It’s Not Just You, Murray.  Taxi Driver is that much better than Mean Streets, and by the time you get to Goodfellas, he’s a genius.

Nowadays, you can’t just prove that you can direct. You have to prove that you can write, shoot, edit, and do special effects.  And what’s funny is that kids today can do all those things—just not well, because the artistry is gone from each one.

The assembly line system is used by Hollywood as a means of efficiency and economics.  But it also just plain keeps talented people from being spread too thin.  If I’m making a movie, I don’t need or want my editor focused on anything but cutting the story—someone else can do the effects and graphics, someone who’s awesome at effects and graphics because that’s all they do.

Editing used to be an art form unto itself, and it’s not just the cheaper tools that shallowed the well, it’s the delivery system, mainly the internet, that killed editing.  It’s not just that everybody can be an editor, it’s that everybody has to be an editor in order to create their own content.  You know how Director’s Cuts are always shitty because they’re just like forty minutes of extra footage in a movie that’s already way too long?  (I’m looking at you, Apocalypse Now Redux.)  Well, imagine if all directors had to cut their own shit.  Movies would not only be too long, they’d also be even more directionless. than they already typically are.  What I mean is, now, on set, a budding director has to worry even more about the edit than he already does, because he’s the one that has to cut all his own stuff.

The funny thing is, being born in 1986 and growing up in this era, I can’t imagine it any other way.  I’d be nervous to have somebody else shoot and edit my movie.  In an auteur sense, it would just be hard to trust other people to carry out my vision.  Having to learn to edit certainly shaped my vision and filmic sensibilities, but I would certainly benefit from having a talented team of artists to fallback on—you know, the way it worked for the first 85 years of movies. As you know, I think about 55 of those years completely sucked, but I think the process makes sense.

The concept of a ‘shot’ is completely dead.  In a real movie, the shot is the smallest segment of a sequence. The shot has a purpose, and fits together with the shots around it to create an idea. Now, the shot is just The Thing That’s Currently On Screen.  Movies used to be shot for the theater experience, but now that the theater release is merely a large commercial event that promotes the DVD and iTunes release, movies are shot for the small screen.  This is one reason why TV has risen in recent years and movies have declined (artistically speaking I mean, and also, this is according to people at large, not me, I don’t care about modern TV, I think it sucks).  TV nowadays looks more like movies, and movies look more like TV—they’ve met in an ugly middle.

TV falls back on shooting coverage a lot more than movies do for two simple reasons—the scenes are most often just people talking in a room, and because it needs to be shot much more economically since you need to create many hours of content a year rather than just ninety minutes.  We, as an audience, accept this reality, and have come to understand (perhaps subconsciously) how TV shows look.  Movies were always thought of as slightly more advanced because the luxury of time and money afforded them to look more alive.  But the movies of today have been deadened by the integration of TV and internet and movies.  It’s all blending into the same medium.

This is also why movies have become bloated in length.  The Dark Knight Rises is three hours in order to justify rising ticket prices and to denote a point of separation from TV.  Ironically though, it just looks like TV—boring coverage with bland fight scenes and some ‘cool’ effects to distract you for a minute until the next ten-minute talking scene.

When I was a kid, I dreamed of making movies.  And when I was a little kid, movies were still movies.  They were created for the theater and were separate from all other similar forms.  Jurassic Park and Titanic were theater experiences.  The shot composition and editing was designed to flow together by using the space, size, and depth allowed by a gigantic screen that you look at in the dark.  It obviously helped that those movies were made by visual auteurs, because twenty years later, they’re still shooting the same way, if not much grander.  So I guess my point here is that a great filmmaker can transcend the form.

What prompted this piece, by the way, was the addition of Kyle Mooney to the Saturday Night Live roster.  Hiring him was an obvious validation of his work online, and further proof positive that the majors are watching and using the Internet as a proving ground and even a barometer for talent.

The problem is, Kyle’s big break is actually a huge demotion.  Now, instead of being able to artistically flourish in a medium that he’s more than comfortable in, he’s forced to fit into a box of comedic homogenization.  The worst Kyle sketch online is leagues better than the best SNL sketch in the last ten years.  And Kyle will be forced to pay his dues as a featured performer, with the mere hope of landing a secure role in the cast.  A spot on the cast would ensure more screen time, and the ability to cultivate characters, but it will never match the freedom of the internet.

That freedom is what made, and still makes, the internet beautiful.  The internet is not the final frontier—in fact, it’s probably the first step into a larger blending of mediums and delivery systems.  Kyle Mooney is the pig in Animal Farm—he fought for his voice by making dozens upon dozens of hilarious web clips.  His voice was heard by the system, and now he is a part of the system.  He hasn’t sold out at all, but his SNL paycheck, and all the credibility it earns, comes with a price.

But enough with that.  I want to get back to talking about how everything on the internet sucks.

It’s no wonder every Hollywood movie sucks, because every dumb thing every person makes sucks way worse.  At least Hollywood tries to tell stories, and pays people to do it.  On the internet, everybody’s shit just feels like somebody’s eighth grade project, but shot on HD with a dolly and a bunch of lights.  For instance, Time Machine and My Streets, the subjects of my previous post.  Justin Kady is the modern auteur, and the internet has provided him with a venue.  In his case, nobody but me is watching, but in many other cases, people are—sometimes by the millions.

I mean, Fred is a thing.  Have you seen Fred?  You have to remember that Fred is somebody’s artistic output.  When you remember that that’s what it is, and not just what it appears to be—which is nothing—the internet stops being a beautiful frontier and turns into a junkyard.

But of course, it’s not all bad. The aforementioned Kyle Mooney is part of a group of artists who used the medium to flourish.  Kyle belongs to Good Neighbor, a sketch group based in California.  Kyle has cultivated a few characters, and the group has done a bunch of successful sketches—this one even got them a letter from Spielberg telling them to keep up the good work:

What I like about Good Neighbor’s sketches is that they’ve found a way to use the medium to its advantage.  They have access to a good camera and sound gear, but unlike Kids in the Hall or Mr. Show, they don’t have costumes and sets.  Instead, their sketches are staged in their own living rooms.  The production value is low, but it’s low by design.  The complexity of the characters and situations are what drives the pieces, and often times, the camera work and compositions are very advanced by virtue of being almost completely invisible.

Many of the sketches are just Kyle Mooney playing a character.  It’s always handheld, and the cameraman is a character, and I don’t mean that in the silly figurative way, I mean that the cameraman speaks to Kyle and acts as the straight man.  The sketches look very improvised, and some are, like the one called Sporty, but others are well-crafted, using extremely long takes to create realism.

Below are a few of my favorite Good Neighbor Stuff sketches.  If more shit were as good as this, I’d feel better about the internet.

One thought on “I Want To Talk About The Internet”