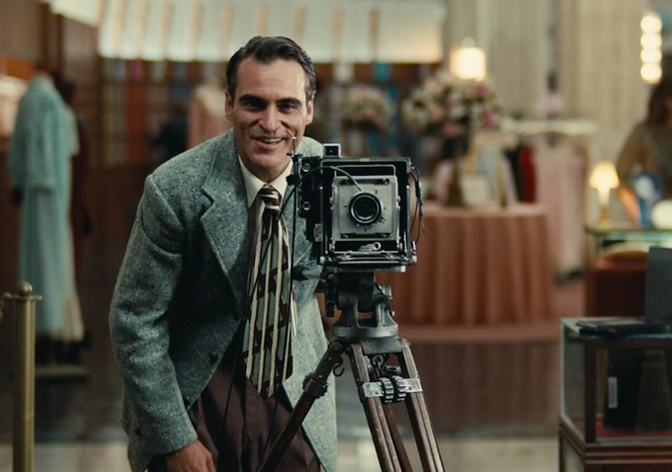 Boogie Nights is about a guy, Dirk Diggler, that part is clear, but then, for no reason, there’s a bunch of footage of other guys—ancillary ones.  This is because P.T. Anderson wanted to make a three-hour movie.  Which is insulting.  It’s insulting because rather than try to make a good movie that people will like, he simply wanted to make a three-hour movie.  And the way he attempted to do this (I say ‘attempted’ because the finished version is 155 minutes) was through loading it with superfluous side characters whose arcs don’t matter.  They matter so little that their conclusions are either mind-blowingly lazy (the shot of Rollergirl sitting in a high school classroom shoved into a montage at the end) or completely nonexistent (we must visit the deleted scenes on the DVD to see what happens to the black porn actress.  Apparently the guy she married beats her for some reason.)

Magnolia is even more offensive because this time they actually allowed him to make a three-hour movie.  I assume, based of the success of Boogie Nights.

Punch Drunk Love is one of the best movies ever made because it’s a singular story about an interesting relationship, told by a filmmaker who has a great understanding of filmic grammar.  His visceral take on what makes a movie great is lovingly injected into every frame and his lack of a thousand peripheral characters that don’t matter allows him to focus on and explore the motivations of Adam Sandler’s character.

The Master doesn’t really resemble any of these and is a very unwelcome departure (as was the case with There Will Be Blood.)  See, Boogie Nights and Magnolia are at least somewhat fun and have overdramatic things happening constantly.  I say ‘fun’ because Anderson has a Scorsese-esque desire to create tone through composition, camera movement, editing and sound design.  I like a director that isn’t afraid of a dolly, and I’m not talking about wimpy, drifting camera movements that slowly waft across some asshole’s face while they emote some needlessly expository anecdote about growing up in a foster home or whatever, I’m talking about shoving a camera in the actors face while something nuts is happening.  Like that scene in Goodfellas—all of them.  Even when a story isn’t satisfying, that kind of stuff is at least fun to look at for a minute.

This movie is about some pretty sinister stuff, and you’d expect Anderson—a fan of noir and ‘golden age’ cinema—to milk that for all it’s worth.  If he walked the line correctly, he could have even gotten away with cartoonish-level sinister, a la the Indiana Jones trilogy—I’m talking splintered bars of light across evil, knowing grins; dutch angles; slow, deliberate zoom-ins.  Given Anderson’s track record and filmic prowess, you’d expect a movie like this to be delightfully littered with this stuff.  Instead we’re given a bland, colorless nightmare where nothing happens and we have to watch it not happen.  For two and a half hours.

There’s one specific scene in The Master the old P.T. might have handled differently that perfectly exemplifies what I’m getting at:  Hoffman is seated between Phoenix and some other guy.  Phoenix and said other guy are facing each other in profile.  They are having a controlled staring contest, presided over by Hoffman.  The scene has a built-in tension (well, it would if we cared about the story) because of the whole staring contest thing.  The old P.T. would’ve started relatively wide and then began slowly pushing in when Hoffman clicks the stopwatch to begin the game.  Then, when somebody messes up in the game, he would’ve continued the take but quickly pulled the camera back to the starting position.  Rinse and repeat.  By the third or fourth time the game is restarted, the camera would have made it all the way to the three actors faces.  (Imagine how long that would take in a staring contest!)  In a moment of quiet tension, we would hold on said close up of the actors faces, where we’s see sweat dripping as they struggle to keep from blinking.  Then, when the scene explodes into physical action, the camera could burst backward on the dolly track super fast.

Instead, he just put the camera on a tripod and said action.

That’s all I have to say about The Master.  The acting is good or something.  That’s what people say anyway, because we all like Phoenix and Hoffman in other movies.

5 thoughts on “The Master: P.T. Anderson’s Bunch of Footage That Got Released Somehow”