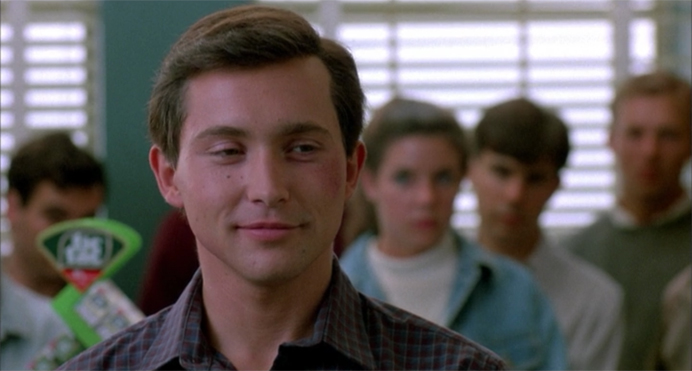 Spoiler-free (is the way to be!)

I hadn’t heard of this one until Greg mentioned it in his Husbands essay. And then the title kept swimming around in my head after that, for some reason. And then about a week ago, I was scrolling through the guide on my TV, and bam, there it was, about to start, on one of the movie channels. So I DVR’d it. (When the universe strongly suggests, through synchronicity, that I watch something, I abide, like a good little God-in-embryo.)

Another reason I had no expectations is because sometimes when the universe makes me watch a thing, it’s for some weird, tiny reason that has nothing do with the actual movie. Like, I’ll wake up in the morning with the name of some random movie in my head, and I can’t stop thinking about it, and then I’ll try it, and it turns out it’s a piece of shit, but there will be some minuscule part in it that helps me with something I’m writing or whatever, by knocking some brain marble into a correct brain slot in my brain. Dunno if this happens to anyone else, but it happens to me from to time. You probably can’t relate because you’re not an artist.

Anyway, all this to say, I went into Three O’Clock High apathetic. But I didn’t remain that way for long. Love at first sight dude, I’m telling you.

The opening is very generic (High School boy waking up and getting ready for school) but the shots are anything but. They are highly complicated and masterfully executed. So much care is taken with each and every one—even brief insert shots—that the movie quickly earns your complete and utter trust. It’s clear that the filmmakers truly care about this story, and about telling it as beautifully as possible, and their enthusiasm rubs off on you. You’re suddenly smiling and laughing at hackneyed bits (‘Where are my clean clothes? I can’t find ‘em! Lemme sniff dirty clothes strewn around my dirty room and then wear some!’, et al.) as though they’re brand new. And in fact, the whole damn movie is basically hack bit after hack bit. But you will not care. Because a true artist is steering the ship.

This is an art film, make no mistake about it. What I mean is, it’s transcendent. It subverts the sub-genre it belongs to by being lightyears more ambitious and creative than the rest of the pack. Whatever one expects from an 80’s High School movie, this movie gives you, but it also gives you much, much more. It cherry-picks from all sorts of genres in order to deliver you the richest product possible. And not in overt, surface ways like Tarantino did in Kill Bill. I’m talking below the surface. Script-level. Subtle storytelling touches that most viewers don’t care about or think about, which is fine, because it’s not meant to be cared about or thought about. It’s meant to seep inside you whether you know it is or not, and provide a feeling of ‘wow—this film has something extra to it that I can’t place, lemme watch it again’. (Basically, the screenwriting equivalent of umami.)

Anyway, back to the movie at hand. Normally I’d talk about performances or whatever, but honestly, I don’t really need to. The beauty of a well-told story at the script level is that the actors don’t actually have to do much. What I mean is, they don’t have to inject, through their performances, storytelling elements missing from the script. And so, because the script for this movie is so tight, the actors can simply do box-standard 80’s High School movie acting. And they do it competently. So, nothing really to talk about. Although I guess I should mention that Jeffrey Tambor and Philip Baker Hall are in the movie. And obviously, since it’s them, they don’t do 80’s High School movie acting. They just do Jeffrey Tambor and Philip Baker Hall. Which is always fun. By the way, Tambor is thin in this! Like with a neck and a jawline or whatever! That’s fun, too. The whole damn movie is fun, guys. See it or whatever.

It’s weird it took me so long to hear about this movie. What’s the deal, movie buffs? Y’all are supposed to find great forgotten movies like this, and recommend them like crazy, and eventually, through doing that, turn them into classics. Somebody dropped the ball somewhere. I blame those in the movie buff community who just sit on their asses talking about the same damn movies over and over. ( I swear to God, if I see one more thread on the internet with people debating Kubrick’s intended aspect ratios, I’m gonna not do a single thing because I hate this stupid saying, ha, tricked you into reading this sentence expecting witty hyperbole at the end.) These sorts may not have been directly responsible for this movie not being well-known, but they certainly were indirectly responsible, by way of being dead weight. Make yourself useful, dorks, because the fuckin’ Citizen Kane of 80’s High School movies is right here, waiting to be viewed and subsequently heralded as a thing that should be analyzed and studied. Do your part. I’ve done mine.

By the way, the soundtrack is by Tangerine Dream, which is always nice. And as Greg pointed out in The Idea of What a Movie Is, this movie is the source of that great music during the school library incident scene of The Squid & the Whale. Another great movie that transcends its genre and contains umami. You know, I feel like I might be onto something here with this metaphor. It’s really a good one. Maybe I should write a whole damn essay on umami in film. That’d be cool. Alright, I’m claiming this metaphor right now. It’s mine. Cody Clarke, ©2013. If you see someone using it without giving me a nod, call them out or whatever.

Four-and-a-half out of Five Codys.

As always, if you buy any of the movies mentioned in this review, we receive a nice little kickback from ya boy Amazon, at no extra cost to you:

5 thoughts on “Three O’Clock High: Where Has This Movie Been All My Life?”