I wouldn’t have seen this if John D’Amico hadn’t recommended it so highly.

Tight, independent, Southern Fried crime thriller about a Texas teenager who steals $20,000 from his mob-affiliated boss and blows the money in a weekend getaway with his best friend Bobby and his girlfriend Sue. When they get back to town, the boss finds out what they did and enlists them to rob a local kingpin in order to make up for their crime, even though Bobby and Sue had no idea they were spending stolen money.

It’s a tense, sweltering directorial debut from the Hawkins brothers, with a Coen-styled noir influence, and a dash of the cruelty of Killer Joe. Surprisingly simple, it’s a refreshingly straight-forward, well-made crime story—the kind we don’t see enough of these days. 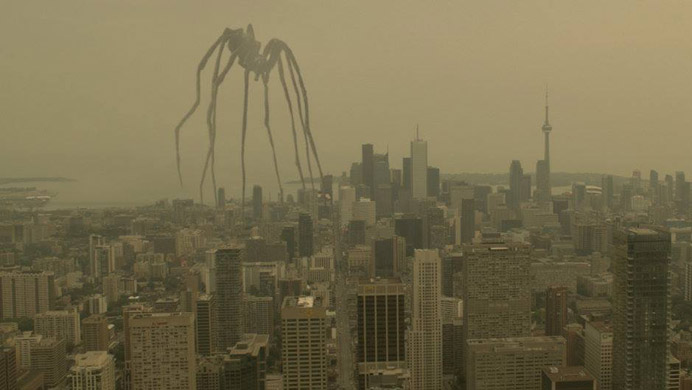 Jake Gyllenhaal for MVP of the year. This one took awhile to sink in, but I kept coming back to it and thinking about the different pieces. It’s a dark, enigmatic story that’s gone almost as quickly as it comes, leaving more questions than it answers. It’s mindfuck cinema done right. 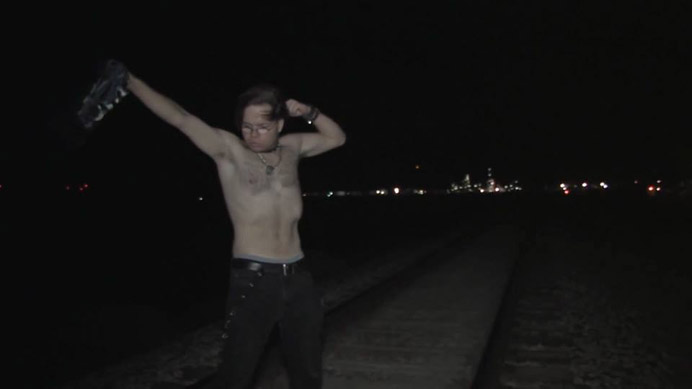 Youtube has turned out to be an astounding refuge for outsider artists. Posted in February, this hour-long documentary following cult vlogger/metal musician Josh “KingCobraJFS” Saunders is a crude, spellbinding look into what it’s like to live with autism in suburbia.

It’s full of those depressing middle-America touchstones like drinking outside of liquor stores and wandering along train tracks at night. Saunders attempts to make up for his insecurities by drinking, bragging about the women he’s had, and cracking crude jokes for the camera. Sometimes it feels like a Harmony Korine film (a scene where a group of twelve year old boys start rapping and take their shirts off inside the mall food court feels like it’s been ripped straight out of Gummo) but it carves its own nook by managing to reveal the loneliness and misery Saunders attempts to downplay with his constant boasting. 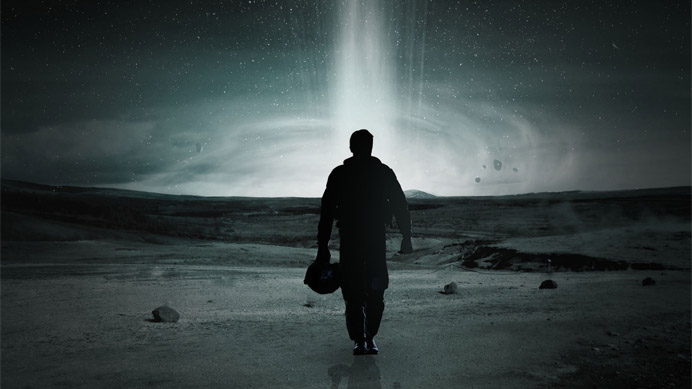 Never thought I’d see the day where I put a Christopher Nolan movie in my Top 10, but lo and behold. Interstellar delivers on the outer space spectacle without ever forgetting that characters are the heart of drama.

In addition to the excellent performances, Nolan does world building right. Visual touches like the “World Famous New York Yankees” banner at the baseball game tell us everything we need to know about this future America. It’s massive, hopeful, and stunningly gorgeous. This is what blockbuster filmmaking is capable of, and the standard we should hold it to. 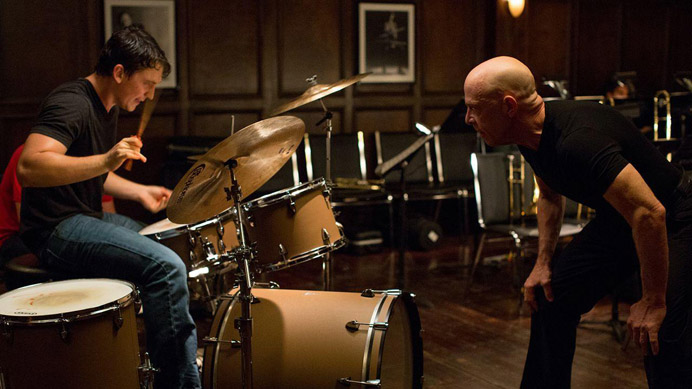 Last year there was a lot of hubbub about the streak of movies that focused on the vicious personal toll of the American dream (Pain & Gain, The Wolf of Wall Street, etc.) but Whiplash may be the best of them. It’s a story about a jazz drummer who wants to be the best in the world, and the psychotic, monstrous extremes you would have to go to in order to actually achieve that goal.

Miles Teller plays a student who destroys his relationships, well-being, and humanity in the pursuit of success—what could be more American than that? 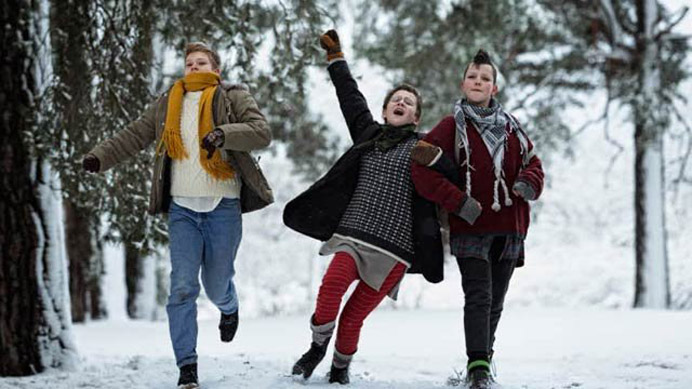 The third movie on my list about musicians and easily the sweetest and finest of the bunch. Boyhood may be the better movie about growing up, but We Are the Best! is the finer story of adolescence, centering on three twelve-year old girls in 1980s Sweden who form a punk band. It’s about the anarchy and joy of creating, and the pains of growing up when you’re entering those ‘no one understands me’ years.

It’s also one of the best films out there in capturing what it’s like being in an amateur punk band while having no real musical talent. The songs have a strong Shaggs quality to them. In a way, it’s the anti-Whiplash, a movie about having fun and playing music that comes from the heart rather than from a place of destructive perfectionism and narcissism. 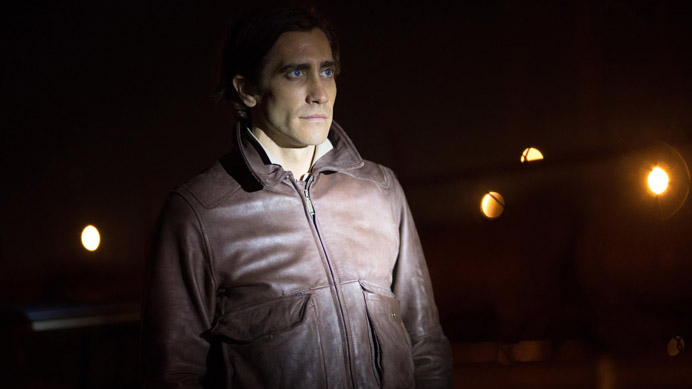 Speaking of the American Dream, Dan Gilroy’s directorial debut is a bitch slap. Utterly relentless, Nightcrawler is one of the most terrifying films about sociopathy there is. Gyllenhaal delivers the performance of his career, looking like a fucking boogeyman. Between this and The Babadook, it’s been a good year for monster movies. 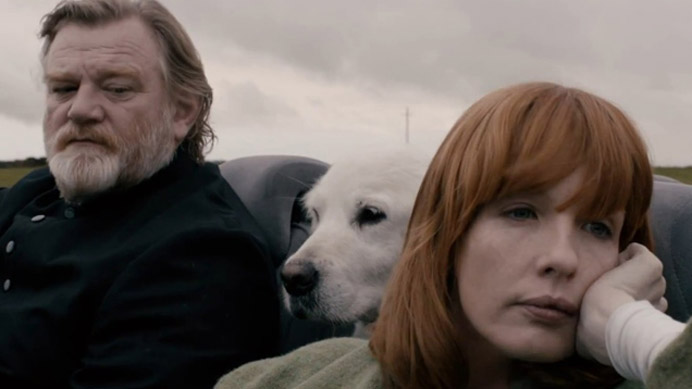 Gyllenhaal’s turn in Nightcrawler is magnificent, but the real Best Actor award ought to go to Brendan Gleeson for his legacy-defining performance as Father James, a bitter and cynical priest who is destined to die in seven days at the hands of one his parish members.

I’m not Catholic, so I feel that I perhaps can’t properly comprehend the entire weight this film is carrying. It’s beyond me to do this work justice in two paragraphs, so I’ll just leave you with an exchange between Father James and his daughter:

“I think we put too much focus on sin, and not enough on virtue.”
“What kind of virtue?”
“Forgiveness.” 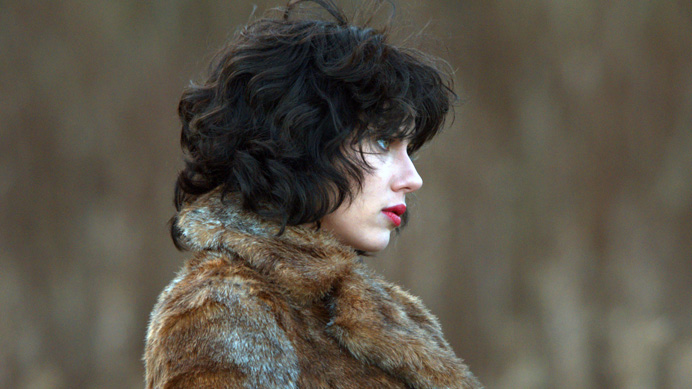 Hypnotic, ethereal, upsetting. Under the Skin is a quiet and queasy drive through the British country as Scarlett Johansson cruises for men to consume. It’s as if somebody took the nightmare atmosphere of The Shining and metastasized it into its own unearthly being. Somber and haunting, it’s the best fictional film of the year. 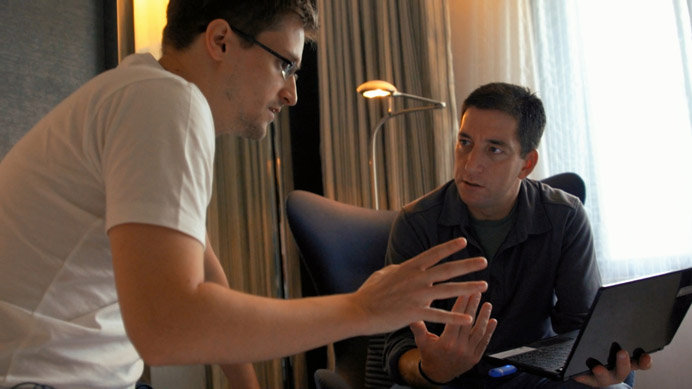 The past few years, I feel like each year I’ve seen a documentary that completely blows me away with how grim, powerful, and I’ll say it—important it is.

Last year it was The Act of Killing. The year before that it was The Invisible War. This time, it’s Laura Poitras’ documentary-meets-thriller about Edward Snowden and the leak of the NSA operations that confirmed everything aluminum hat conspiracy theorists had been telling us for decades.

Mostly set in a hotel room, Citizenfour is a spy movie filled with the paranoia of Robert Ludlam, the sadness of John Le Carre, and the stark reality of what life has become in post-9/11 America. Moreso than Nightcrawler, The Babadook, Under the Skin, or Enemy, this is the scariest film of 2014.