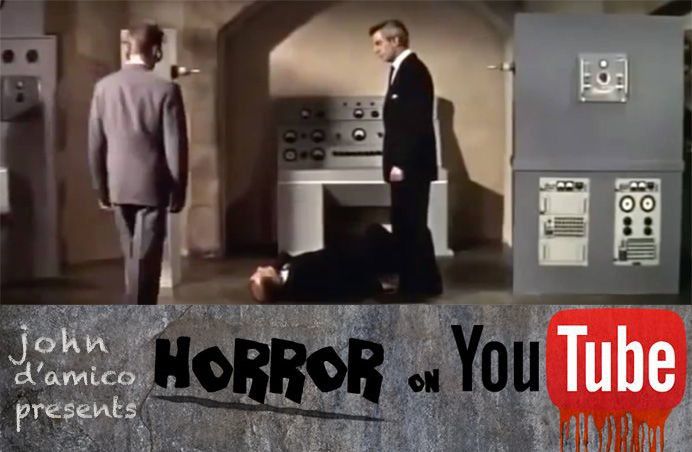 The YouTube version is a little truncated—the movie is supposed to begin with an off-kilter William Castle-inspired prologue in which Emile Franchele tries to hypnotize the audience. But even without it, this is a fun time.

The story proper begins with a bang—probably the most gruesome murder of the film happens about two minutes into the first scene. It must’ve been jarring as hell to ’59 audiences.

Michael Gough, best known to y’all as Alfred in the good Batmans, had a strong run for a few years as raving lunatics in British horror. Konga and Black Zoo round out his trilogy of terror, and all three are a blast.

Scorsese is a fan of this one! At his behest it’s part of the Museum of Modern Art’s collection.