If you don’t know what Netflix Longies is, go read the first paragraph of Netflix Longies #1. I don’t feel like having to write it out again or copy and paste it or whatever. Anyway, here we go: 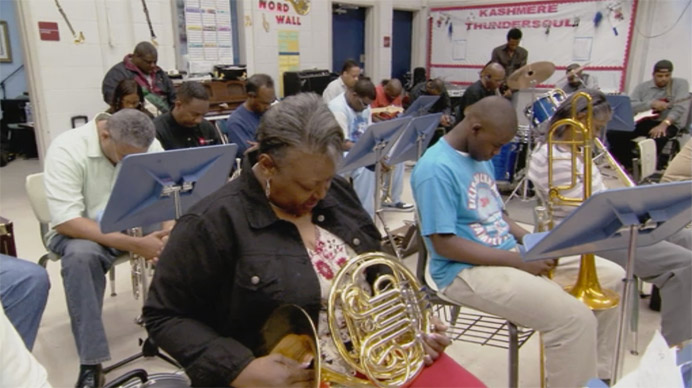 I’m big into soul and R&B and funk and whatnot. Earth Wind & Fire, Frankie Beverly, Blue Magic, The Stylistics, Tavares, The Commodores—the list goes on. That’s the kind of music I was raised on, instead of Raffi or Barney or whatever. And there’s a channel on Time Warner Cable, in the MusicChoice section, called R&B Classics (channel 608 in NYC) and pretty much every night I’m listening to that while working on my laptop. It’s just calming as all hell.

Suffice to say, I was already sure this movie would be up my alley from its description on Netflix. But I think it could even appeal to people that don’t care about soul whatsoever. It’s just a fascinating story: a High School band in the 70’s who were so ridiculously good that they won all sorts of awards nationwide and were basically rockstars, with albums and everything. And these were kids, some of whom hadn’t ever picked up an instrument before High School. The doc follows them 30 years later, getting together to play one last time for their band leader—who’s now in his 90’s—to show them how much he meant to them.

It’s very touching, and sad, and happy, and everything you want it to be. I love documentaries like this, ones that are captivating without all sorts of injected conflict and sensationalism. Just a simple tale about people getting together to do a nice thing, told in a way free of any and all preachiness.

It’s a shame this one never really found an audience. I thought it had come out this year or something, but it actually came out in 2010. Where’s it been? If it weren’t for stumbling upon it on Netflix, I’d probably have gone many more years without hearing about it. 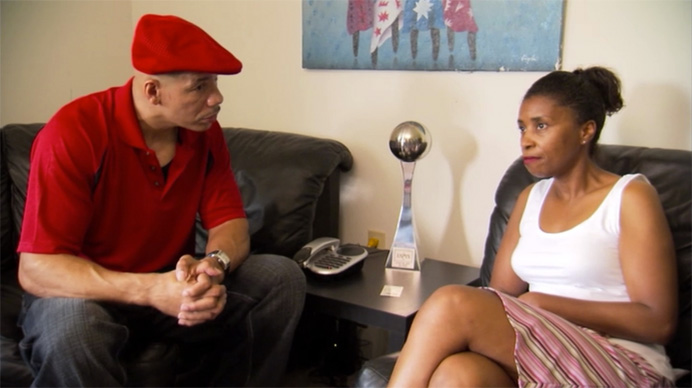 Here’s another great slipped-through-the-cracks doc. Dewey Bozella spent 26 years in prison for a crime he didn’t commit. While in prison, he took up boxing, and discovered he had real talent for it. He competed as much as he could as a prisoner, but never was allowed the opportunity to have an officially sanctioned bout. This doc follows him, now a grown man in his fifties, fresh out of prison, trying to make his dream of a real boxing match a reality.

The doc is worth it for the story alone, but there are also some phenomenal verité moments where we see Dewey very vulnerable and frustrated as he comes against bureaucratic obstacles standing in the way of his goal. In particular, there’s one scene where he’s on speakerphone that is one of the best dramatic scenes I’ve seen in recent years—and it’s all real. 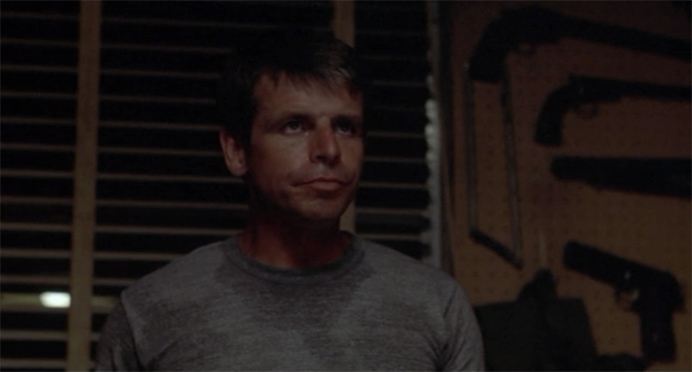 For years I’d heard that Tarantino loved this movie. Hell, he even named his short-lived distribution company after it, so it must be something special. I could never find a way to get a hold of it though. It didn’t have a DVD release for ages, and then when it suddenly did, it was one of those made-to-order DVDs that cost twenty bucks. Way too much for a blind buy. But now it’s on blu-ray, at a fair price, and on Netflix as well. We can all finally see what the fuss is all about.

Turns out Tarantino loves this one for good reason. It really is quite something. If you’re a fan of Paul Schrader’s writing (Taxi Driver, Blue Collar, Raging Bull) this will definitely be up your alley. Some parts almost feel like parody, they’re so ‘Schrader’. But it never gets too cheesy, and also never gets too serious either. It’s a well-paced, well-written, and well-handled film.

I don’t want you to know too much about it going in, so don’t go researching it or anything. Just put it on the next time you’re in the mood for a gritty revenge movie and it’ll hit the spot for sure. It’s really everything you could hope it’d be. And Tommy Lee Jones is young in it! It’s awesome, he looks like Josh Hartnett with a unibrow. 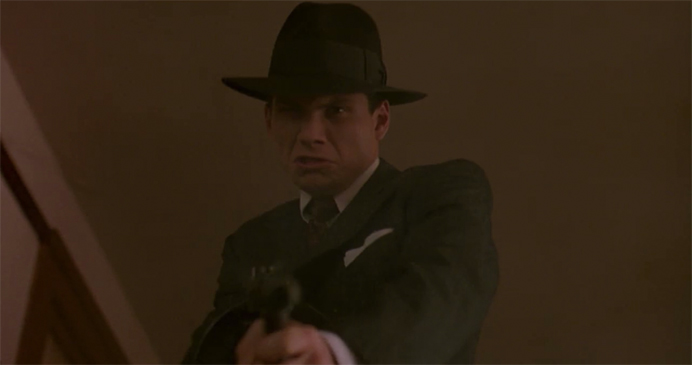 Here’s one that really took me by surprise. I gave it a shot because I have a thing for cash-in movies—ones that are designed to be similar to a hugely successful movie (in Mobster’s case, Goodfellas) and come out in its wake or around the same time. Usually they’re half-baked, rushed, way pulpier, and sometimes, a lot of fun. The best examples of this I can think of are Top Gun / Iron Eagle, and A Bug’s Life / Antz. And in the case of each of those instances, I prefer the latter. And I’m not the only one. I remember reading an interview with David Gordon Green ages ago where he talks about his love of Iron Eagle over Top Gun.

The modern reigning kings of this moviemaking tactic are The Asylum, who are behind such films as Snakes on a Train, Transmorphers, AE: Apocalypse Earth, and literally countless others that aren’t any fun and are clearly just made to confuse old people at Blockbuster or stoners browsing Netflix at 3AM. And at first glance, one might assume Mobsters is just as bad as one of these. It’s got one star on Netflix, and a whopping 4% on Rotten Tomatoes. But it’s actually pretty good, and definitely fun.

Sure it’s cheesy, but it’s not without good performances. Patrick Dempsey gives probably the best performance I’ve ever seen him give, and Nicholas Sadler damn near steals the show as a crazed hitman. Plus, just look at the supporting cast: Chris Penn, F. Murray Abraham, Seymour Cassel, Anthony Quinn, and Michael Gambon, just to name a few. If you can’t have a good time watching these guys, I don’t know what to tell ya.

Sure, the story is all over the place and the dialogue is beyond cheesy at times, but there’s an elegance to it. Like the hugely underrated and underseen Mario Van Peebles masterpiece Panther, there’s this ‘street’, tall tale vibe to the whole thing that makes it work and helps you not care about the fact that it’s probably extremely historically inaccurate.

Apparently, there’s a longer cut of the movie that is much better. Characters that weren’t fleshed out in the version I saw have more scenes, etcetera. I’d love to see that, but it’s only available on VHS. I think I’ll have to hunt down a copy one of these days. 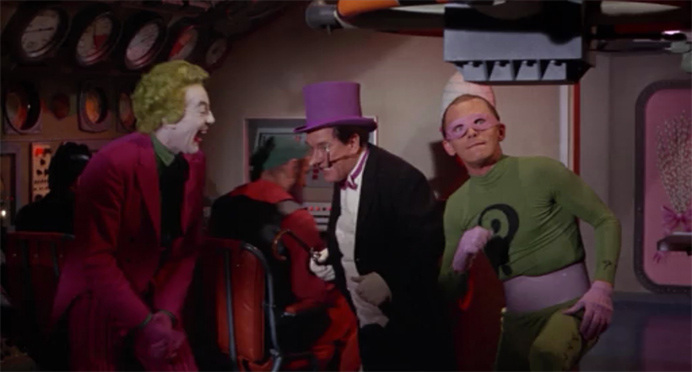 I don’t know how I went this long never seeing this movie. I guess I always assumed it was some throwaway, beyond-cheesy thing that shouldn’t even be watched. I was wrong. It’s the best live action batman movie. (I’ll do a whole big post about the other Batmans soon, like Greg did, but for now I’m just gonna only talk about this one.)

The 1966 Batman ages the best out of any of them. Sure there’s some dated 60’s humor in it (and humor that was dead on arrival) but a good amount of the humor does in fact hold up. Some of it has a Zucker brothers vibe, and some of it even has a David Wain, Children’s Hospital vibe. (I’d love to see Wain do a modern version with Showalter and Rudd and Ian Black and Banks and Lennon and the rest of them.)

Also, the personalities of the bad guys are just brilliantly crafted. I adore Cesar Romero’s Joker. He’s kind of like a lame dad who thinks he’s really funny. And there’s something to the way he takes punches that just makes him seem like he’s made of rubber, almost like an Obie doll or something, like if you kicked him in the nuts he’d clutch his nuts and his eyes would bug out and his mouth would make a big O shape, even though he’d be physically unharmed. Like, he’d go through the motions of the pain without feeling any of it. Does that make any sense? I just find that really interesting and creepy—a bad guy that reacts to pain because he knows he should, but doesn’t actually feel it. And to me, that’s how batman villains should be—beings that don’t feel pain yet go through the physicality of feeling it and ultimately cannot be killed or destroyed and keep coming back forever. Like rubber. I hope that makes sense.

I also love that The Riddler is fucking lame. That he’s just this boring pretender and the only reason he exists is for his weird nonsensical riddles that he’s not even on screen for. He just has this vibe of ‘I’m the lame guy, and I’m not nearly as interesting as the other guys’. He’s almost the Zeppo of the group, and I don’t mean that as an insult—Zeppo was a fantastic character. The point of Zeppo was that he was this lame boring romantic interest. It was a sendup of the kinda guys you’d see in movies at the time who nobody has any fucking interest in. I love that they accomplished that so well that people will watch the Marx Brothers and just think he’s unfunny and sucks. He’s like the first anti-humor or whatever.

Anyway, back to Batman: The Movie. Penguin is good too, and so is Catwoman. But this section of Netflix Longies is already too fucking long, so I’m just gonna end it. Watch this movie with fresh eyes—it really is a silly, wonderful thing. There’s a lot there to love, and not even in a The Room way or whatever. I’m talking legitimately smart and funny shit. Enjoy!