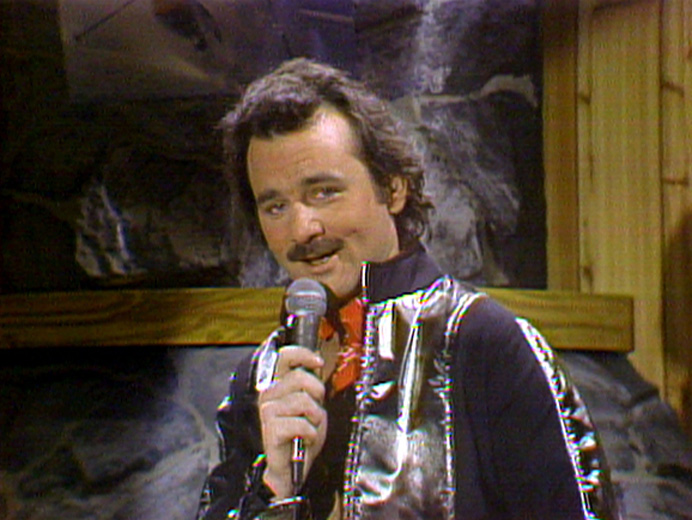 As I get older, what fascinates me about Star Wars is its hold on the cultural zeitgeist.  As an atheist, I’m interested in the idea of the Bible: a book written by God that has lasted thousands of years and not only stayed relevant but has been taken as truth by some.  Star Wars is only 37 years old, and will hopefully never be taken as truth—but, Star Wars is priming itself to be the touchstone artistic achievement of our time.

Star Wars is not the best movie ever made.  In fact, in six tries, so far there has only been one truly great movie of the bunch—The Empire Strikes Back.  But, scrolling through what are considered to be the ultimate works of all of history (Homer, Chaucer, Shakespeare, et al.) Star Wars seems like a natural fit.  Of course, time will tell.  Lucky for us, we don’t have one single library to burn down if we ever want to forget everything.

The storytelling in Star Wars is okay. It’s not the best, it’s not the worst. It’s good enough to be enjoyed by a lot of people.  All that stuff about archetypes and Joseph Campbell is meaningless—the Coen Brothers write way better stories, but nobody fawns over how they did it.  The reason everybody cares about the origins of Star Wars is because it is so ‘beloved’, and it’s so beloved because it’s spectacle.  Human beings like spectacle—we like flashing lights and loud noises and Star Wars is a lot of that.

The opening shot of Star Wars is what won over the public.  The opening shot of Star Wars looks huge.  It has a scope that nobody had ever seen before, not even in 2001: A Space Odyssey.  And unlike 2001, which purported a cold and static life in space just 31 years in the future, Star Wars showed us dudes fighting each other with lasers and explosions—and set it in ‘the past’, no less.  And it looked real.

It was successful for the same reason why Avatar broke all the records: it’s a simple story that we’ve been hearing for thousands of years, told through gigantic effects.  And look how far we’ve come from the rickety 1977 Star Wars, with its matte lines and crude 70s style effects (in the original, the fucking Death Star blows up twice—fuckin’ 70s) to the lush, three dimensional universe of Avatar.  But, as well all know, Lucas’ Star Wars paved the way.  And while I’m on the subject, I want to say there is nothing wrong with the predictable nature of the Avatar story—I’ll take a well done, logical story any day over a meandering mess like The Dark Knight.

If you can imagine being an audience member in 1977, the best thing you’ve seen before is 2001, and suddenly a giant spaceship flies over you that looks fucking real, and it’s shooting at another spaceship.  Then, there’s this battle between the little underdog and the big bad “Empire”, and there’s laser swords and princesses—of course you’re going to lose your mind and be in awe and start wondering how they did it.  And I’m not talking about the effects, I’m talking about the story. And the is the most interesting thing about Star Wars: a simple story, made all cheesy with 70s haircuts, was propelled to inexplicable importance by genuinely compelling effects.

What I always loved about Star Wars is that it’s a vision of the future.  I know it takes place a long time ago, but that’s a hoax.  It’s a very clever trick which creates the illusion of fantasy.  Of course this stuff didn’t happen in our past when we were apparently living on other planets and had magic powers—but, what if that was our future?  Minus the magic, why couldn’t it be?

The sun will burn out someday.  The fate of us and our planet sits on our ability to get off this planet and find another, and another, and another.  That is the future of mankind, and Star Wars, in a way, depicts that future—not predicts, depicts.  And that’s the catch.  While many cyberpunk sci-fi stories try to warn of the coming totalitarian, dystopian future, Star Wars simply says, ‘this is a story’.  And that’s beautiful.

I’d love to know some data about how many times Star Wars is referenced in popular culture, like how ‘Yesterday’ is the most recorded song of all time.  Star Wars must be the clear winner, and that’s what keeps it going.  It’s a circular thing: the more it’s referenced, the more it stays alive—and the more it stays alive, the more it creates.  At this point, there are hundreds of Star Wars books, and video games, and cartoons—the ‘extended universe’ is pretty fucking extended.  In some way though, I think Star Wars connects us to our future, or at least a version of it, and people want to be connected to that.  Whereas 2001 made space look distant, different and black, Star Wars made it look lived-in and harnessed.  Harnessed by our technology—the very technology that made Star Wars exist in the first place.  It’s all very circular.

George Lucas owns the word ‘droid’.  Go read the fine print on the Verizon billboards.  Although, now that holding might have been transferred to Disney.  The Disney purchasing of the entire Star Wars intellectual property is pretty crazy—when you step back from it, you realize that the silly space ideas in one persons mind were worth a few billion dollars.  Think about that for a second.  It’s gotta be the biggest transaction of some kind in history.

I’m happily awaiting the new Disney Star Wars films, whether they’re good or bad, because Star Wars is the only art that literally doesn’t matter if it’s good or bad.  The prequels proved that Star Wars is so big it transcends the idea of ‘good’ or ‘bad’—it will make money no matter what, because it’s the discussion that matters, not the actual content.

All of us want to live inside the Star Wars universe.  We want to go on adventures with Han Solo and marry Princess Leia.  We want our own blaster, light saber, and X-wing.  We can’t have those things, but these new movies will allow us to look at them some more, and that’s all we really ask—we just hope J.J. cools it with the lens flares.

I look forward to whatever RedLetterMedia, South Park, and the like have to say about the new installments to the saga.  And I look forward to my own time spent watching them and thinking about them.  But, for all the words ever written about Star Wars, all the books and essays, all the Clone Wars and comic books, all the Thumb Wars and Holiday Specials, the truest, deepest, and most poignant thing ever said on the subject was said by Bill Murray:

2 thoughts on “Nothing But Star Wars”