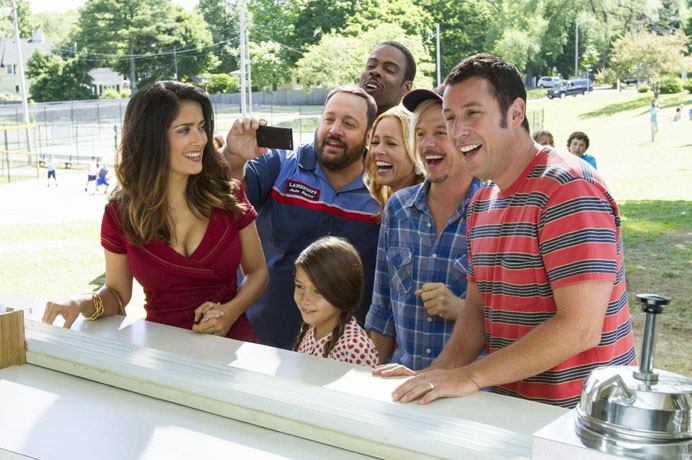 Its sequel, the imaginatively titled Grown Ups 2, is without a doubt obsessed with the idea of space (progressing from Sennett to Keaton). For instance, the film opens with a moose running amuck in Sandler’s mansion, which seems to happen only to give us a remarkable (for this day in age) view of the layout of the Sandler’s home and personal space.
END_OF_DOCUMENT_TOKEN_TO_BE_REPLACED