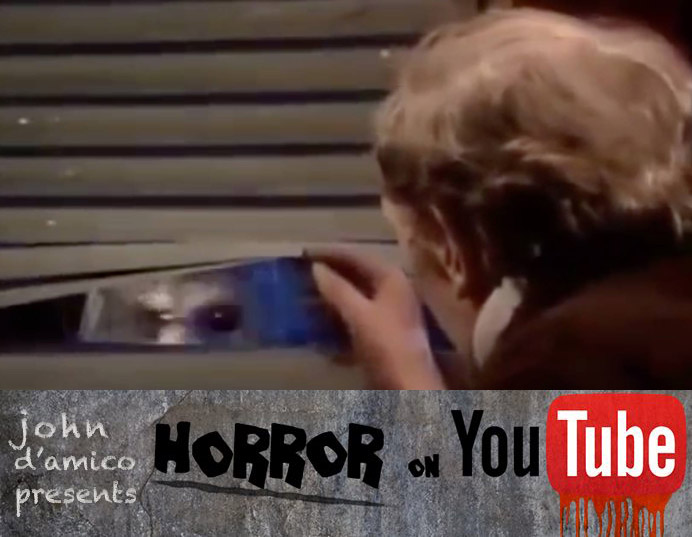 The Halloween Scrooge is a perennial classic. From Trick ‘r Treat to Beyond Belief: Fact or Fiction, everybody’s getting in on the old codger who won’t give trick or treaters any candy. My favorite take on the concept is this creepy Tales from the Darkside episode which seemed pretty appropriate for our last post. Expertly paced and jarringly edited, director Tom Savini proves he’s not just an FX whiz but a damn calculating director too. It’s a tingly little creepshow with a surprisingly deep reservoir of suspense and goopy makeup effects. Take it as a warning: Tread carefully on Halloween night, because you never know who—or what—is game for a trick.

I collected over a hundred youtube links for this project, so while you’re gorging on candy, gorge on some of my favorite runners up:

Horror Express (1972)
Hop on board for one of my favorite public domain horror movies, in which implacable movie enemies Christopher Lee and Peter Cushing finally get to team up as they hunt for a psychic caveman on the Trans-Siberian Railroad.

Gargoyles (1972)
Great practical effects in this TV movie about, you guessed it, Gargoyles.

Suspense “A Night At The Inn” (1949)
Karloff leads a team of thieves who stole from a haunted idol.

Brazil Elevator Scare (2012)
This is hilarious but also freaks me out every time I get into an elevator alone.