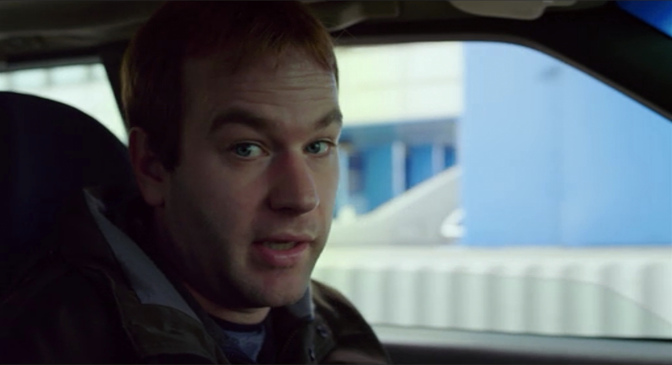 I’m not really a fan of Mike Birbiglia’s stand up. I tried one of his specials a while back and turned it off after like 15 minutes. I know a lot of people really like him and stuff though, so maybe I’m just not picking up on some layer (or maybe everyone else is overrating him). Probably a combo of the two.

But anyway, to my surprise, I was actually kinda feeling the first minute of this, where he’s just in his car and it’s an unbroken shot of him driving and doing a monologue. But then all of a sudden right in the middle of me getting hooked on that it just cuts to like a normal, predictable thing—a dramatization of the story he’s telling, with the monologue now a voice over, and him in the scene, and I’m just like fuck this, man. The first scene shoulda just been him in the car, no cutting. That woulda been great. Ugh. Dude had an opportunity to do something really attention-getting and elegant that would’ve totally brought the intimacy of a stage monologue to film in a unique and natural way, but he didn’t do that—he went the hackneyed pseudo-Woody Allen route. 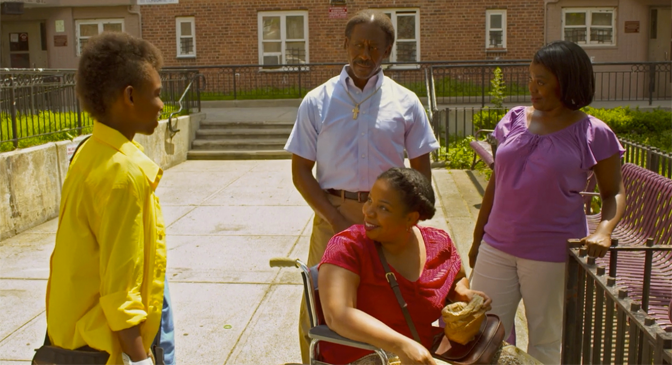 Spike Lee sucks (I’ll do a whole essay on him some other time) but basically I’ll give anything with Clarke Peters in it a shot. Even he can’t save this one, though. Thing just sucks on all levels. First of all, the goddamn look: I mean, Spike has never been one to have great looking films, but this is just ridiculous. It’s got this awful over-saturated thing going on that’s just impossible for your eyes to even deal with. The grass is all neon green and the shirts are like in a detergent commercial. What they did in Do The Right Thing, I didn’t like either, but at least that was creative—this is just cheap and lazy. It looks like some intern just upped the saturation in Final Cut Pro and called it a day.

The camera work is terrible, too. There’s this one part in particular (the scene I took the screenshot of) where the camera man literally just walks backwards so one of the actors can pass by him and exit the scene, then walks forward again after the actor has passed. Like, man, I’m all for doing as much as you can with just an unbroken shot and shit, but do it well. Stuff like that is just totally distracting and unnecessary. People are trying to watch a damn movie. Maybe you could’ve gotten away with that shit if it had been a vérité thing or whatever, but nope. Just Spike being Spike (lazy).

I probably wouldn’t be bothered so much by the look of the film if the dialogue and the line readings were at all good, but they absolutely aren’t. There’s this one awkward line in particular that really annoyed me where the main kid says something to some skaters skating by, and it’s just so fucking not-how-any-kid-would-ever-talk that at first you think the kid is being sarcastic, but then the next line clarifies that the line was intended to be serious and that Spike legit thinks that’s how kids talk to one another. It’s really weird. Anyway, no real surprises here, because I figured this one would suck. 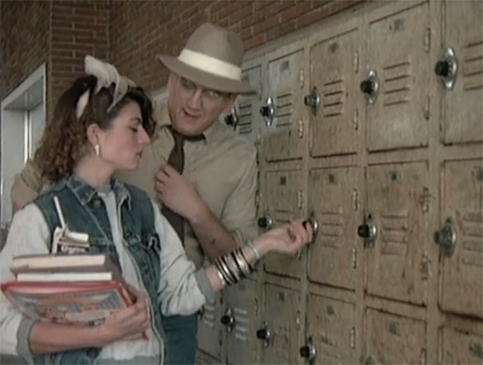 When this started up I was like ‘alright, now we’re talking.’ A bumpin’, bubblegum synthpop song (SSQ – Synthicide) over boring footage of helicopters flying in the desert? My kind of 80‘s cheese. But then it went absolutely moldy. (Get it, because cheese.)

First off, this movie is surreally miscast. The High School nerd protagonist looks old enough to be a teacher. Same goes for his fellow students. 90210 used to get away with this because all the actors were attractive, but here everyone just looks middle-aged. It’s very distracting and disorienting. You can’t tell if it’s some school for adults or whatever.

The entire first act consists of the nerd protagonist getting injured or picked on in various ways by those around him. I’m serious—the entire first act. It’s as though the screenwriter was once told that you have to establish your main character in the first act, and he thought that meant that was literally all you had to do, over and over, until enough time had passed for there to be a second act. It’s very repetitive and boring. One or two scenes of this would’ve sufficed.

After getting sick of that, I skipped ahead to the ‘cavegirl’ stuff, which doesn’t happen until about 23 minutes in. The cavegirl is basically just an 80’s California pinup in tattered clothes, and she can’t act to save her life. She’s kinda cute, but her acting is so grating that I just turned it off. She’s trying to behave like a ‘cavewoman’ but comes off more like a retarded hippie. It makes you stomach churn in the same way watching a Hollywood actor playing a retarded person does. 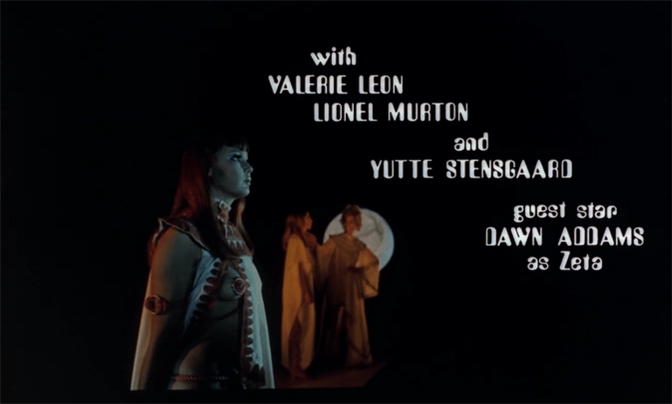 The opening titles are fucking incredible. Great-looking stills of sexy sci-fi/spy girls, with a legitimately kickass title song playing. Drummer fucking destroys. I guess they didn’t tell him the song was for a crappy movie or whatever, because he seriously plays his ass off like the shit’s gonna be a hit single. I’ll definitely revisit the opening titles here and there just to relish in their awesomeness. The rest of the movie, absolutely not.

The first scene is this extremely dry and boring and neverending thing between this guy spy and this girl spy, and it’s basically like that brilliant scene in My Night at Maud’s except not at all well-written or well acted or interesting in the least. Also longer, I think. The opening scene is, I shit you not, 23 minutes long. Props for being daring, I guess, but fuck. Write a damn bit of dialogue that’s interesting. There’s people watching.

I ended up skipping ahead before bagging this one because there was promise of breasts, and the movie delivers—sort of. The titty scenes are too weird to be entertained by, even if you have a taste for camp. Maybe they’d be fun if you were thirteen and hadn’t seen many movies with nudity in them, or much camp. But there’s so much better stuff out there. Just watch the opening titles.

Arguably the most narcissistic movie title ever. And yes, that’s the actual full title, as listed on Netflix. In theaters it was released as ‘Good Deeds’ because I guess someone tapped him on the shoulder last minute and was like “Hey dude, we can’t actually send it out as ‘Tyler Perry’s Good Deeds’, I mean, I know you don’t give a shit about critics or whatever, but that’s just asking for them to lambast you” but then it bombed anyway, because it’s a piece of shit anyway, and Tyler was all “Man, I told you we should called it Tyler Perry’s Good Deeds” and everyone was like “Alright, fine, call it whatever for Netflix, fuck” and so Tyler Perry called it whatever for Netflix because fuck.

The opening scene is one of the worst opening scenes ever. Literally. I swear to God I’m not exaggerating. The reason why it’s so bad is because is because it destroys any possibility of there being a character arc for the protagonist. The way the movie starts out is we see Tyler Perry’s character Deeds or whatever taking a steamy, hazy shower, and there’s sentimental music playing, and he’s narrating. He’s telling you about how he’s disappointed in himself and depressed and frustrated with his life because he followed the exact path his wealthy parents set out for him. But the character shouldn’t have come to that fucking realization yet. The character can feel that deep down, and it can come out in subtle ways in the first act or whatever, but that seismic realization should come way later in the movie, not the opening damn scene. Putting the character already at that point, in the opening scene, shows a severe lack of confidence. It’s all, ‘Oh no, I can’t possibly have my audience not sure if they have sympathy for the main character for any amount of time at all, they need to know he has a heart of gold at all times.” And the result is a main character that has nothing do for the whole movie except wallow in his ‘a cunt’s hair away from changing his life’-ness for almost two hours. Serious fucking rookie screenwriting mistake shit.

There’s no shortage of movies-worth-being-turned-off-in-the-first-few-minutes out there, so I’ll probably do another one of these in a month or whatever. If you have any movies you tried watching and turned off because of awfulness, be sure to let me know about ’em in the comments section and we can discuss ’em and whatnot. Toodles!