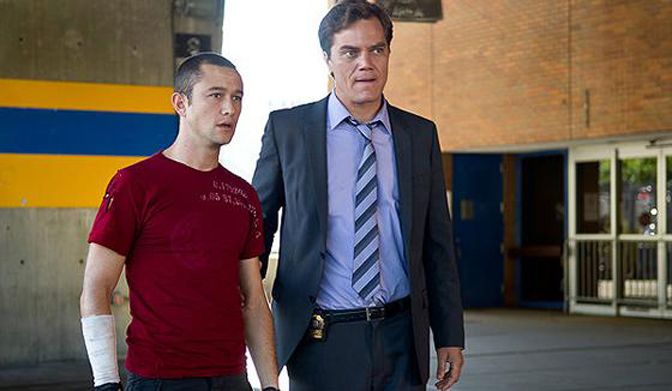 2012 was full of self-serious groaners pretending to be action movies. I’m talking about the ones with oppressively sullen atmospheres and desaturated colors and adults speaking in serious tones about serious consequences. Skyfall and The Bourne Legacy and what have you. The poster child for this recent spate of ‘grown up’ action movies is, of course, The Dark Knight and its sequel—two movies that stupid people argue feature ‘moral complexities’ not found in your average popcorn flick. Give me a break. Personally, I can’t stand when a movie with an inherently fantastical and silly premise carries itself too seriously. And with Man of Steel and Star Trek Into Darkness dominating 2013’s action lineup, it seems like we won’t be out of Nolan’s shadow for a while.

There are some notable exceptions to this new rule, though. I appreciated Dredd for poking fun at this laughable movement (and Dark Knight in particular). I liked The Avengers for its trend-bucking playful attitude. And Men In Black 3 was just a straight up good time. But the most refreshing antidote for me was one of 2012’s least talked about movies, a truly unexpected treat, David Koepp’s Premium Rush. It’s a cheesy, lighthearted cat-and-mouse thriller that displays more cinematographic chops than all the hype magnets that overshadowed it.

Ever heard of David Koepp? Probably not, but you’ve surely experienced something he’s had a hand in. He wrote the screenplays for Raimi’s Spider-Man and Spielberg’s Kingdom of the Crystal Skull, War of the Worlds, and the original Jurassic Park. He also wrote and directed the hugely under-appreciated Kevin Bacon ghost thriller Stir of Echoes and the charming Ricky Gervais rom-com Ghost Town. Ever heard of those two? Possibly in passing. For some reason, despite being great, both of those slipped through the cracks. And now, Premium Rush has suffered the same fate.

Gordon-Levitt plays Wiley, a bike courier in New York City, opposite Michael Shannon’s Detective Monday, a gambling city cop. A friend of Wiley’s needs an important package delivered to Chinatown, and Monday wants to snatch that package so he can use it to pay off some gambling debt, also owed in Chinatown. There are complications, but really the plot is as straightforward as that. It may sound like an overly simplistic movie, but Koepp and his team really elevate it.

First, Koepp is a great character writer. What the central characters lack in arc and character development they make up for in dynamism and believability. Koepp’s got a real knack for imbuing dialogue with natural, spontaneous energy. Most of the side characters are plot-fillers, and they work well enough, but it’s Shannon and Gordon-Levitt that really feel alive. If you enjoy watching actors having a good time, you’re sure to get a lot out of every scene featuring the two of them. One gets the impression they had a blast. And the result is a more enjoyable and memorable hero-villain dynamic than anything else in 2012.

Wiley and Monday’s confrontations are products of their very human-like decisions, rather than products of matter-of-fact inevitability. My favorite plot development illustrates this. Once Monday finds out Wiley’s got the package, he follows him down Broadway in his car. After a fantastic little chase sequence, full of enough close calls to get on Wiley’s nerves, Wiley does something unexpectedly reasonable: he goes to the police. When that doesn’t work out, he just says “fuck it”, returns the package to sender, and goes back to headquarters. Prior to that the action was moving so briskly that I’d almost assumed the rest of the movie would be just one big chase sequence from Columbia University to Chinatown. Instead, the plot freshened up. It’s these kinds of spontaneous turns of events that ground the characters in reality and keep the plot from feeling predictable. This might seem like an odd aspect to praise, but few action movie plots these days are so light on their feet, and this one shows why they ought to be.

Premium Rush’s second really strong point is the camera. The action moves like lightning. It’s never boring, despite being essentially repetitive. This is kind of a miracle, given the one-track nature of the premise, and it’s a testament to Koepp’s skills. The camera swoops around on cranes and weaves in and out of traffic like melted butter through so many fingers, and even the exposition scenes flow seamlessly. The image is always bright and open and inviting, which contributes significantly to the movie’s likability. It’s honestly the best camerawork I saw in 2012, and I plan to return to the movie just to study it.

What Koepp does best though is provide fun. This movie is fun, guys. During the trick-heavy impound garage escape, it’s even downright goofy. But Koepp doesn’t care, and neither will you. Sure, the story is breezy and ultimately doesn’t ‘mean’ much, but it’s a great time waster and an exceptionally well-constructed piece of 90’s-style B-action from an unpretentious and genuinely gifted filmmaker. Perfect as a break from the darkness of the world—and the Dark Knights of the world.