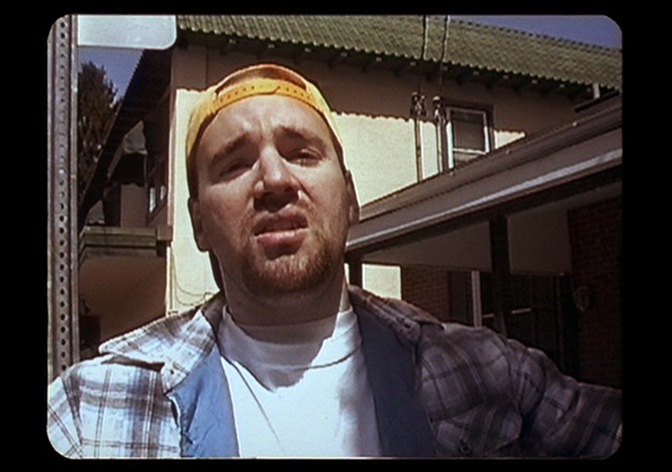 Warning: This review contains spoilers.  Please have seen this movie before reading.

The Blair Witch Project may be the most effective movie ever made.  It’s certainly one of the best.  I say ‘effective’ because its goal—to scare the shit out of you—is so cleverly achieved that it boggles the mind.

This movie is effective for the same reason any movie is effective: it’s a clear, soundly constructed story, told creatively by way of great performances, well-crafted shots, and brilliant exposition.  Exposition in particular is such a difficult thing, and is so often mishandled, generally leading to the complete and utter unwinding of a movie.

The interview sequence in The Blair Witch Project is perhaps the best expository sequence of all time.  Some of the people being interviewed are actors and some are real townsfolk.  It all just seems like part of a documentary—natural and fluid. Exactly how it’s supposed to feel.   Since it’s all hearsay about supernatural nonsense, we don’t really key into one bit of information in particular, and so the guy talking about the killer making you stand and face the wall doesn’t stand out.  But that piece of information is crucial—it sneakily telegraphs the ending, making then ending one of the most effective endings of all time.

The crazy townswoman in this sequence is also important.  The main characters’ reaction to this woman harkens back to the golden age of slasher movies when a crazy old coot would warn of impending danger.  This dumbs down the subject matter and makes the whole idea of a Blair Witch seem trivial and silly, so that we let our guard down for the horror to come—and the scariest shot in movie history.

See, unlike most movies, during the climax of The Blair Witch Project, we aren’t thinking about what we’ve been set up for.  We’re invested solely in the plight of our characters.  We’re looking for Josh, and we’re scared.  However, when Mike is found facing the wall, we’re immediately reminded of those townspeople who all seemed so light-hearted and nonchalant.  We now know ‘it’ is real, and whatever ‘it’ is, it has the power to make a grown man stand and face a wall.

And then the movie ends.  No special effects.  No big action set pieces.  None were needed.  It was just three people getting lost in the woods and dealing with it, and it all felt real.  The performances seemed real, their improv’d dialog seemed real, and their fear seemed real.

It’s a tragedy that the actors and filmmakers behind this have dwindled into obscurity.  And that endless parodies, or copycats (like the Paranormal Activity franchise) have come along and swept it into undeserving oblivion, to be mocked along with whatever else is currently unfairly deemed passé.

Daniel Myrick and Eduardo Sánchez made a great fucking movie.  Stop not liking it.