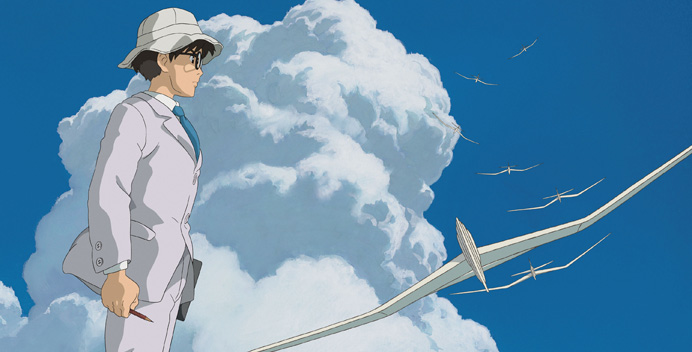 I know what you’re wondering—which version to see. Both are out now, some theaters even playing both, and you don’t want to spend your money on the wrong one.

I saw the English dubbed version first, then the Japanese subtitled version the very next night. On that second night, I took thorough notes on the differences between them, and ruminated over them when I got home.

And I still couldn’t decide.

After much deliberation though, I’ve finally come to the conclusion that watching both is the best thing to do. But it took me a while to get there.

The thing is, the movie is damn powerful either way, because it relies on visuals and sounds way more so than dialogue.  Watching the English first allowed me to pay full attention to these important aspects without my eyes being distracted with reading, and watching the Japanese version allowed me a better understanding of the intended tone and wording.  I was even surprised by the amount of subtle yet profound differences in dialogue that I would not have noticed at all, had I not done it this way. Overall, watching both gave me a well-rounded experience—and being able to do this in a theater was a delightful opportunity that I wouldn’t trade for many. I wholeheartedly suggest it.

I know—the thought of paying twice to see the same movie might seem kind of annoying. Plus, the idea of sitting down to watch an historic (yet imaginatively fictionalized) biopic two nights in a row might seem boring and time consuming. And, on top of that, it all might just seem scary, given that this movie signifies the end of a carefree time when Miyazaki made movies about children and friendly beasts, and the brief beginning of him making them about men and airplanes and tragic love, before never making any more at all.

This is Hayao Miyazaki’s last movie.  He has been animating since at least 1963.  The guy is as big in Japan as Spielberg is here—at one time, his box office sales only surpassed by Titanic—so if you can imagine how lost you’d feel if Spielberg was just like ‘peace out guys, I’m done with movies’, that’s about how much of a deal this is.

With this big blow and others recently to the world of animation—such as the death, in 2010, of Satoshi Kon, creator of Paranoia Agent, arguably one of the best animated series of all time—it’s kind of understandable to feel a little uneasy about all this, like it’s all just a bad dream, and to want to just ignore the existence of The Wind Rises, pushing your watching of it to a far off later date when you’re finally ready.

It’s not a bad dream, though—it’s a “beautiful dream”, as Italian aeronautics engineer Caproni calls planes in the movie. With its grown up yet dreamy vibe, it tells us that a certain time has passed, and now it’s time for us to grow up, and that’s ok, because we don’t have to lose our imaginations by doing so. And because this movie accomplishes feats I’ve never seen in any other animated movies, I am reassured that there will be many more great ones to look forward to, should animators allow this film to inspire them.

I believe that Miyazaki was well aware that his fans would have a hard time seeing him retire, and it comes through in the themes of this picture, which seems to be just as much about being an animator as it is about designing airplanes—so much so that, in the Japanese version, the lead character is voiced by animator Hideaki Anno (director of Neon Genesis Evangelion). He and Miyazaki are friends, and Miyazaki felt casting him would make the character sound more human and less actor-y.  There are many other subtle indicators of the film being semi-autobiographical in an animation-specific way, but I’d rather not spoil them—instead, I’d like to allow you to discover them for yourself. Feel free to discuss them with me in the comments after you’ve seen the movie. (Both versions, please!)

One thought on “The Wind Rises: Sub or Dub?”