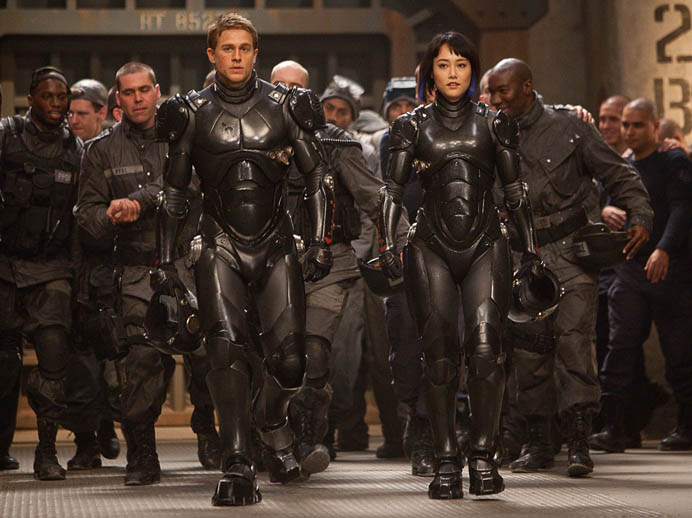 2013 was supposed to be the year that saved big screen science fiction. When this summer’s lineup began filling out, I had more anticipation for this movie season than I’d had in years. Names were popping up like Blomkamp, del Toro, Shyamalan (fuck the haters), Abrams, Cuarón, Wright (and Pegg and Frost), and startlingly, there seemed to be more original properties on the horizon than sequels/adaptations: Elysium, After Earth, Gravity, Pacific Rim, Oblivion, Ender’s Game, Star Trek Into Darkness, The World’s End, etcetera. From what I saw of the trailers, these movies didn’t look like your typical disaster porn invasion movies, á la, Battle: Los Angeles or Transformers (except Pacific Rim, though its premise justifies, and even necessitates it) nor were they part of the insufferably relentless deluge of Marvel/DC sequels and spinoffs (except Into Darkness, whose trailers gave it the tone of a Dark Knight movie; y’all looking forward to Thor: The Dark World?). I loved the designs I saw in the Oblivion trailer, I liked the visual approaches of After Earth and Ender’s Game, and I love the idea of Sandra Bullock leading a stranded-in-space drama.
END_OF_DOCUMENT_TOKEN_TO_BE_REPLACED