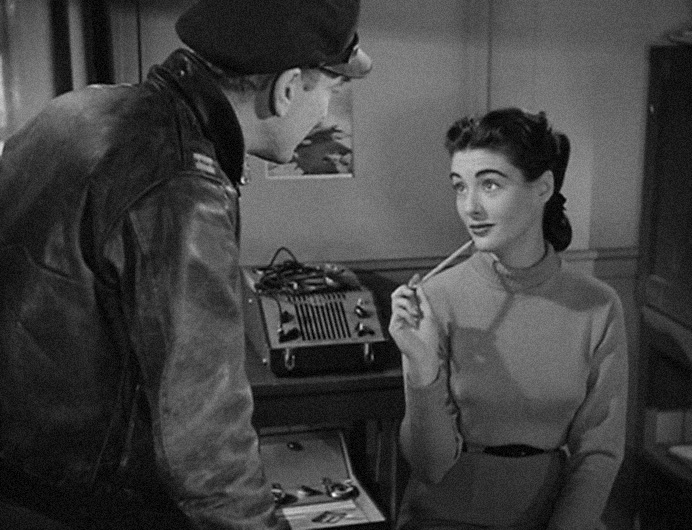 I see so many clueless directors putting female characters whose only job is to BE female. I would like a list of movies with strong female characters that are not defined by their gender. And no cheesy role reversal things where the woman has the traditional male qualities. Just some nice films (or raw horrifying ones) where the woman or women are just real people. And don’t say Joy Luck Club cause I already know about it. That was extremely good at what it was. – Michael H.

John D’Amico: Well there’s Aliens. And there’s Fargo. There’s always Fargo. McDormand’s character is one of the best in all film, an older and less achieving Clarice Starling. It’s the triumph of middle America. Ma Joad, who’s emphasized in John Ford’s masterpiece The Grapes of Wrath, is a similar triumph of dirty-handed American womanhood. Sometimes strong women show up in unexpected places, like Kirsten Dunst’s 1999-2000 run of Dick, Drop Dead Gorgeous, and (my favorite) Bring It On, which is kind of a great run for an actor and which sports a ton of fun and smart performances from great talents like Michelle Williams, Allison Janney, Amy Adams, and Gabrielle Union.

Douglas Sirk, the famous “woman’s director,” knocked it out of the park pretty consistently with All I Desire, All That Heaven Allows (remade as Ali: Fear Eats the Soul, which is a can’t-miss), Imitation of Life, and a good many other films. He’s a good place to look. All I Desire stars Barbara Stanwyck who was the strong casual beauty of her era. Don’t miss her in Baby Face, Night Nurse, or The Furies.

My mind also goes to the rare films where the heroes and villains are both women—Johnny Guitar, Psycho, Daisies, and the unforgettable Last Summer.

John Carpenter’s The Thing is famous for featuring no women, but the Howard Hawks original The Thing From Another World has one of the best female leads of all time. (That’s her in the photo at the top of this post.)

Really your best bet is to run down the works of some of the great strong women of film—women like Abbey Lincoln (Nothing But a Man), or Julianne Moore (Safe), or Katharine Hepburn (Christopher Strong), or the amazing Hedy Lamarr (The Strange Woman) who may have been the most interesting woman in the history of Hollywood.

P.S. Watch The Mary Tyler Moore Show. (By the way, the first three seasons are currently, as of the time of this posting, $9.99 each on Amazon.)

Cody Clarke: Two words: Jackie Brown. My favorite Tarantino movie, and one of my top 10 favorite movies of all time, easily. I’ve seen this fucking thing way too many times, and I’d still watch it again right now. I am always down to watch this movie. Pam Grier is perfection in it.

Also, Chantal Akerman’s Jeanne Dielman, 23 Quai du Commerce, 1080 Bruxelles was a total game changer, not just because it altered how we understand time and pace and suspense in film, but because it showed its protagonist as objectively as possible. And that protagonist, as you might have guessed from the title of the film, is a woman. Over the course of the film, we learn microscopic things about her simply through the time we spend with her, as a fly on the wall, watching her as she does her daily chores. And by the time the film is over, we know this person quite deeply. We could talk about his person in depth. Yet the brush strokes Akerman used to illustrate her were extraordinarily light and minimal.

Her films Je, Tu, Il, Elle and News From Home and Rendezvous d’Anna (which are all available on her Eclipse DVD set) are must-sees as well. She’s truly the best filmmaker ever at telling raw, honest stories about women both men and women can relate to wholeheartedly. Also, the other films on that Eclipse set are great too, and should be watched. They just don’t particularly fit what you’re looking for, so I didn’t mention them.

Another must-see is Rosetta, written and directed by Jean-Pierre and Luc Dardenne (the Dardenne brothers). It’s about a teenage girl living in a trailer park in Belgium with her alcoholic mother, trying to find and hold a job that will allow her to move out. It’s a struggle anyone, male or female, can relate to—how to hold onto your values and morals while also trying to make money and be successful—and makes The Pursuit Of Happyness look like The Pursuit of Crappyness. Sorry, I could resist making that awful pun. I actually like that movie. It’s one of Will Smith’s best. But back to Rosetta—the movie is so harrowing and affecting in fact that it inspired a law in Belgium that teenagers could not be paid less than the minimum wage. Powerful.

I, like John, must mention a TV show: Deadwood. On the surface, it’s a show for guys. Lots of cursing. Lots of disheveled, dirty men. Lots of whores. But it has some of the best female characters ever on television. Strong, three-dimensional, with solid arcs. I’m a huge Lost fan, but sometimes I wonder how much better the show would’ve been had Kate, the main lady, been actually likable and interesting and believably strong. I always thought Kim Dickens should’ve played Kate, instead of Evangeline Lilly. Which is funny, since Kim was actually on a few episodes of Lost, crossing paths with Kate. In every scene she has with Evangeline, she upstages her. I actually don’t have anything against Evangeline as an actress, she was just totally miscast. Kim would’ve given the show weight like crazy. And her work on Deadwood is proof positive of that—as is her work on the very underrated and underwatched show Treme.

Lastly, I maintain that Wonder Woman is one of the greatest and most misunderstood shows of all time. Lynda Carter gives a consistently grounded and serious performance, portraying the superhero like a put-upon housewife, doing all her incredible feats with a Jeanne Dielman-esque malaise. Just watch the way she breaks and drops this lock, and opens the door to this thing: