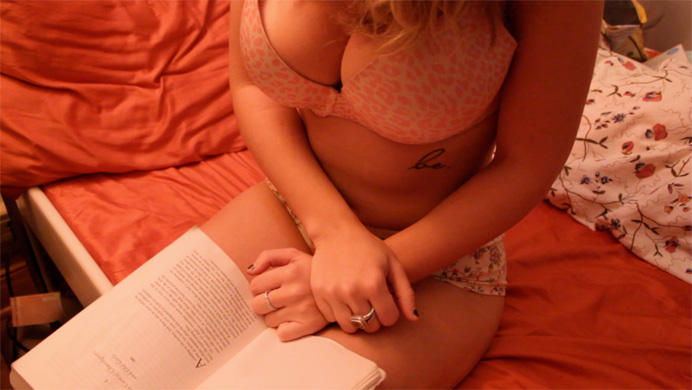 IMDb Synopsis: An experimental documentary in which fly-on-the-wall footage of the lives of sixteen aspiring actresses from NYC is collaged to form a day in the life of one aspiring actress—each ‘playing’ a different aspect of the woman. Through this unconventional approach, filmmaker Cody Clarke has painted a visual poem; an ode to both the beauty and the pain of solitude.

When I go to a museum with friends, unless I’m really close to them already, I act weird. I move from piece to piece quickly, afraid of blocking someone’s view. I make awkward quips. I find myself concerned with whether the person next to me knows more or less about the art than I do. And I almost certainly never read the plaques, although I pretend to. All this doesn’t happen on purpose—it’s an instinctive, self-defeating defense mechanism, and it’s embarrassing and insulting to the art.

This same insecurity happens to pretty much everyone I’ve watched a Cody Clarke movie with. I know this, because I’ve forced a lot of friends to watch them.

I find it best to go to museums alone. I can focus. I can examine every swirl in the wood grain of an ancient Guanyin carving, every brush stroke in a Daoist landscape. My self-consciousness fades into the textures, and the subtle grows loud.

When I watch a Cody Clarke film, I do so alone in bed, with the warmth of my laptop on my lap, and the silence of solitude in my ears. I believe this is particularly necessary for Rehearsals. Not only is the film more about being alone than any other movie I’ve ever seen—and in a way which is more empowering than any movie I’ve ever seen—it looks and functions like a moving painting, so the museum treatment suits it. It’s also a zeitgeist—a culturally, historically, and aesthetically significant work, which means it could land in the National Film Registry someday (the museum of film).

Trouble is, like most movies that try to change the way we think about movies, its boldest and greatest accomplishments are the very aspects that have caused some reviewers to deride it. 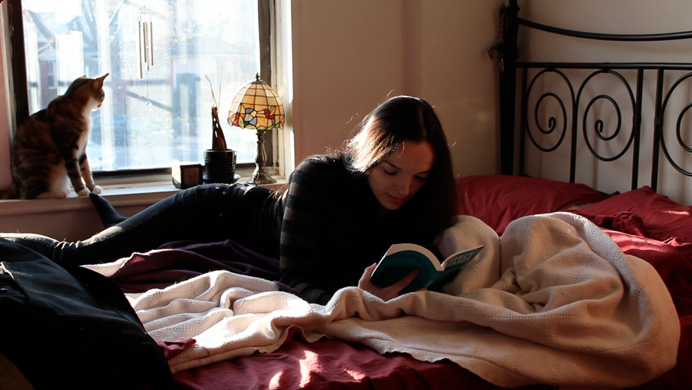 ‘Rehearsals is a movie where nothing happens.’

In an age of 3D glasses, CG compositing, rumble seats, over-the-top orchestral scores, and fucking Gravity being touted as the quietest, most minimal recent movie (“What do you like best about being up here?” “The silence. I could get used to it.” *Enter LOUD THINGS*) the silence of solitude in Rehearsals is quite overwhelming. We are so used to movies screaming plot points at us that when we see actual subtlety, it’s disorienting.

Yes, it feels weird at first to watch a girl in her pink leopard print bra just chillin. But if you relax, it becomes apparent that the image of this female is a wink to the audience— even the way her tits are placed in the rule of thirds is. This is a movie that rewards you for your calm patience, much like a magic eye painting. The gorgeously-composed, naturally lit shots are there to illustrate the coexistence of beauty and struggle—and these images gently become more ‘womanly’ and less ‘girlish’ as they go on.

So much is said without words that, over the course of the film, we relearn a cinematic visual language that has long been forgotten, and we realize how fake and overbearing most modern films are by contrast. It’s like when I discovered Man With a Movie Camera and realized, ‘Wait a second—people back then weren’t all fake like in every other black and white movie from that time period? They were real people like me!?’. With that in mind, imagine what Rehearsals will be to our grand children, as compared to Gravity.  To quote Alan Moore, “It isn’t the artist’s job to give people what they want, it’s the artist’s job to give them what they need.” The world needs Rehearsals right now, and the world of the future does too. 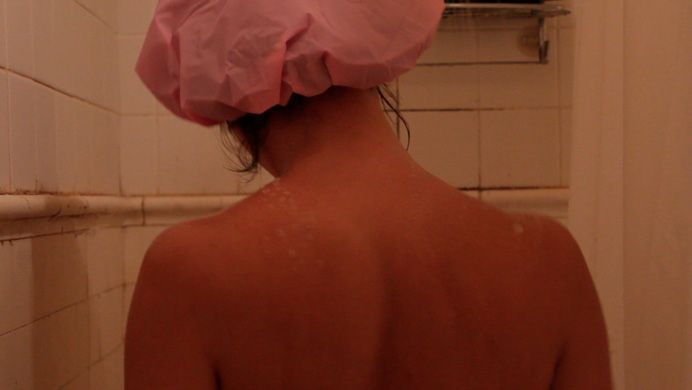 ‘Rehearsals claims to be a Documentary, but it’s just a bunch of footage collaged into a loose fictional narrative. And, Cody was present the entire time these women were filmed in supposed solitude.’

It’s true that most documentaries have some kind of acknowledgement of, and dialogue with, the cameraman. Rehearsals doesn’t, because its goal is to capture solitude. He isn’t directing his subjects, but they can’t help but behave a tiny bit ‘off’ as a result of him and the camera being there. This could have destroyed the movie, but it’s actually my favorite aspect, because he utilizes it completely to his advantage. He edits with such deft timing, and chooses such precise moments that, for the majority of the film, you forget he’s even there. And when you do remember, it’s because he specifically wants you to. These little moments, lightly peppered throughout, give me goosebumps every time.

Cody knows personally, and has even dated, many of the women in this film, and I believe that were this not the case, capturing them at their most vulnerable, both physically and psychologically, would not have been possible. So much of what we see on screen comes from the unspoken, highly personal dynamic between these women and him. And through this, he illustrates intimacy in ways film has rarely ever been able to do. 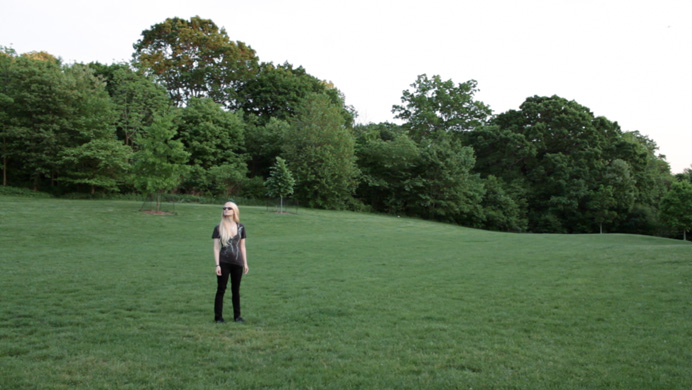 Really good things can sometimes look easy to make. The more relatable and ‘real’ they are, the more we can forget that someone had to carry equipment, operate the camera, compose shots, capture available light in ways that looks painterly yet natural, and exhaust themselves with what, according to Cody, was the longest and most difficult editing job of his life.

I think that when we send more of those disc things into space—the ones that have math and classical music and stuff on them in order to show our humanity to far away intelligent life—we should include Man With a Movie Camera (to represent our extroverts) and Rehearsals (to represent our introverts). That way, if we all blow each other up, at least some evidence will remain that women were the most beautiful, weird, and oxymoronic beings in the universe, and that Cody Clarke was the coolest dude at capturing that.

But first, people on this planet besides me need to watch this fucking movie, for fuck’s sake. The DVD comes out soon, so support a great individual who makes great movies about individuals, and experience something that will move you in a way no other film can. And be sure to treat it like what it is—art. Let it wash over you.

1 out of 1 Zeitgeist moving paintings.