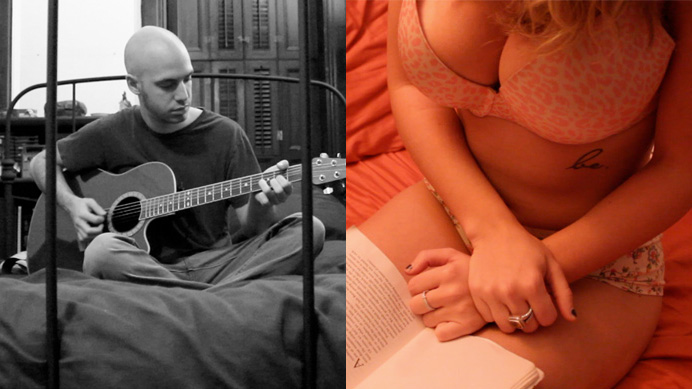 Because we don’t exactly talk much—like I said, totally fine, no worries—you might not know that I’m not just a pontificator on all things film—I’m a maker of them as well. I’ve made two feature-length films to date—Shredder and Rehearsals. Ya boy Harry Brewis reviewed the former on here not too long ago, and ya girl Chloe Pelletier reviewed the latter. These films mean a lot to them, and mean a lot to a bunch of other people. But as of yet, they remain unseen by most.
END_OF_DOCUMENT_TOKEN_TO_BE_REPLACED

There’s a great YouTube video from 2008 called David Lynch on iPhone in which he discusses the ridiculousness of watching a film on such a device. The footage of him talking originates from the bonus features on Inland Empire, and music from an Apple commercial has been added over it as an extra fuck you to the empire. Watch it now, if you haven’t seen it already. It’s one of the best pieces of found object art on the internet.

What Lynch has to say in the video, everyone in their right mind pretty much agrees with: an iPhone is certainly no fucking way to watch a film. But please, those of you who have an iPhone or some sort of iPhone-esque smart phone near you right now, do me favor. First, open up the David Lynch video again, if you closed it. Now, pick up your phone. Place the phone over the YouTube video. It’s pretty much the same fucking size.

What this means is that you probably shouldn’t watch a film on a fucking YouTube or Vimeo or Hulu or Netflix window either. Yet plenty of people do this. In the world we live in right now, I might add; not some future dystopian Idiocracy world or whatever.
END_OF_DOCUMENT_TOKEN_TO_BE_REPLACED